Breaking News: Walk to War Inside the White House

DOES IT “MATTER” WHO IS PRESIDENT? 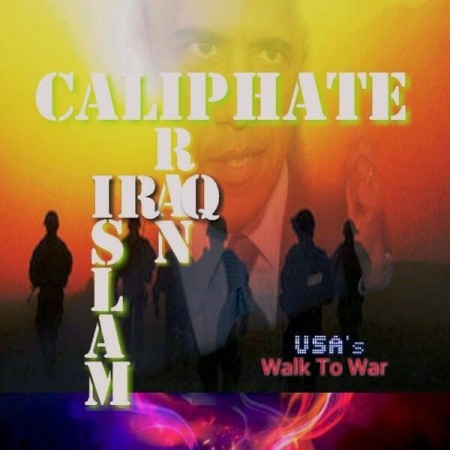 (Jun. 22, 2014) — One of the most disturbing statements I have ever heard President George W. Bush (GWB) make was I think just before the 2012 election when he said, and I may be paraphrasing just a little bit, but basically, “It doesn’t really matter who the next President is.” I remember thinking when I heard that, “Holy Cow, if I were Mitt Romney I think I would have taken an offense to that.”

The statement has continued to vex me, and popped up again to my memory when Sen. Hillary Clinton echoed the forever-noted words to Congress speaking about the events she surmised on Benghazi, “What difference does it make?”

I mean, with the country wobbling and weaving in the gallows of debt, one would expect better out of former President George Bush’s mouth than what anyone would call a “tacit” endorsement of the opposition, for the likes of Secretary of State Hillary Clinton or Barack Obama, but it does beg curious contemplation as to what difference a different president can make, and what difference even a qualified president makes?

I didn’t know how to take that coming from GWB as the last qualified Commander-In-Chief. Does he know something we don’t? I’m sure he does, but from the perspective of the president and your actual ability to make a difference, how far does that “bully pulpit” go?

As I went to research that statement hoping to find it blogged or something, a lot of different things come up. One article that was quite enthralling was written by John Maulden, and his focus in the article was really about offending everyone. I really identified with that, as I often have a tendency to do, which is probably why I classified it as enthralling. Different takes do help us think outside the box we sometimes find ourselves in, which is why I tend to take in many different perspectives and enjoy that opportunity as “American.” We try, anyway.

Mr. Maulden’s points really stem from the perspective of the economy and how given a shade here or a dollar there, imagining what would have been all that different with the various second-place finishers in the presidential contest since Ronald Reagan, who he agreed had indelibly made a mark on the economy. Perhaps this was GWB’s slice of reasoning with the statement?

1984 was the first election I was eligible to vote in.  Being one of the older ones in my graduating high school class in the same year, I recall voting for Reagan. I was in more of an abyss to politics back then but recall clearly the devastating feeling around 1980 with interest rates jumping up to 20% and what that felt like and by the end of Reagan’s eight years feeling like we could breathe again.

If there were coattails to ride for a V.P., there were none so long for incoming 1988 President George H.W. Bush was a shoe-in, with everyone wishing Ronald Reagan could have run for a third term. Bush certainly proved he was no Ronald Reagan after he reneged on his campaign promises, signing an increase of taxes a Democratic Party-controlled House and Senate combining as Congress had sent him. Reading George H.W. Bush’s lips proved memorable political fodder when he flubbed “No new taxes.”

I remember former Pres. Bill Clinton in the hazy fog of all the Democratic Party contenders in the beginning of his campaign. He was indeed like a mist in the fog, barely noticeable at all as a governor from Arkansas. Of course as he ran around the track, people really begin to like what they saw and he steadily passed one after the other until he became president, winning two terms and with it leaving a surplus he felt very accomplished.  He also opened Pandora’s box which would create the sub-prime mortgage crisis by repealing 1933 Glass-Steagall, albeit to the clapping hands of the Republicans in Congress also. This basically combined the separation independent investors enjoyed from corporations and allowed Wall Street to get their hand in on Main Street for a profit combining the “speculative’ with the “commercial” as in days of old memory before the 1930 Great Depression.

Of course the “hope” was we knew better and would not make the same mistakes, causing the Great Depression because we had “control’ levers in place that would prevent that from ever happening again, while still allowing some big money to be made. Of course we are living the adverse affects of that hiccup; of course the hardest-hit was the common people who saw their homes devalued sometimes by half! That’s about like saying 15 years had just been thrown down the tube and you were starting over.

Breaking News: Walk to War Inside the White House added on Sunday, June 22, 2014