The Face Behind The Growing Anger In America 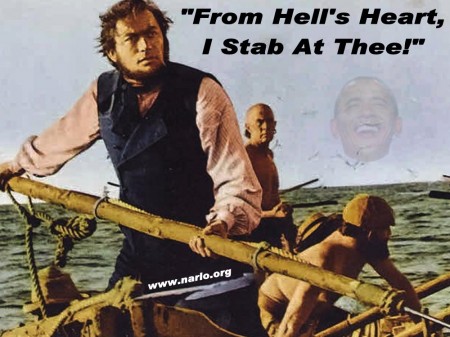 As anger grows by leaps and bounds in America over the direction we as a nation are heading, it is tempting, if not wholly natural, to focus that anger on a thing or a person.   Most of government, local, state, or federal, is a faceless beast displaying a total disdain for the people and it is difficult to direct anger at the shadowy images that hide behind the dark curtain of government deceit and corruption, even though we know they are there.  The fact is, we can’t reach them because these shadowy figures are protected by that curtain.  It would be like trying to grab a handful of flies floating in a mirage.

Nevertheless, certain individuals appear that we can reach, towards which we can express our outrage because they become the “face” of the anger.  In a nation, we tend to focus our anger on the leaders because of their actions that work against us, or damage us in some way, or violate our rights.

Anger can be an individual or a group expression.  The recent raid on the Bundy Ranch in Nevada by the heavily armed Bureau of Land Management (BLM) henchmen, triggered a group expression of anger and it was very effective.  The BLM backed down in the face of all that outrage and it is well that they did.  The fact that the event was heavily covered by the media, aided in the BLM’s decision to stand down.  Americans shooting at Americans and dying on camera doesn’t sell well on main-street.

The farmer that outfitted his giant bulldozer with steel plates and peepholes and destroyed several government buildings with it before he committed suicide was an expression of individual anger.  The farmer flipped out over a negative zoning decision.  In contrast to the group expression of anger, he sacrificed himself and won absolutely nothing.  The government buildings will be, or have been rebuilt with taxpayer funds.  To all alone take on the giant bully that government has become, is not only fool hardy, it is just plain stupid.  David’s slingshot just won’t do the trick any more.

But ladies and gentlemen, there is one face that continues to gall millions of Americans.  That is the face of Barack Hussein Obama and not because he is black.  We get responses to our articles from people from all over America who are incensed by that face.  They say things they don’t mean and threaten things they will never carry out, because of their growing anger every time they see that face.  People have told us that the second Obama comes on the TV they turn off the TV, or switch channels.  That’s hard to do when Obama decides to address the nation with a mouth that lies every time it opens.  He’s on every channel.

So here and now, we will express our individual anger in words to the person that is the owner of that face.  Americans are not the creation of government.  We are not pigeons you can train to send your messages.  We are not cattle you can herd.  We are not school children you can bully.  We are not slaves you can force into hard labor, or sign up for Obama Care.  We are natural born free men and women and government does not own us.  We own you and we are prepared to defend a free America, as directed by the Declaration of Independence, if government turns to tyranny.  We can do no less.

The government had no right to set up an agency to collect taxes, create 70,000 pages of ridiculously complicated regulations and violate every principle of due process and constitutional protections.  They had and have no right to use the American people to collateralize loans made by the Federal Reserve to the government and obligate the people to a lifetime of loan payments on a loan that can never be paid back.  Americans DID NOT sign onto those loans.

They had no right to set up an Environmental Protection Agency that writes rules and regulations that effectively repeal the 5th and 8th Amendments.

They had no right to set up the Department of Energy, or the Department of Education and a gaggle of other out-of-control federal bureaucracies that send hither swarms of Officers to harass our people and eat out their substance.

The government had no right to do away with our incandescent light bulbs and force the people to use expensive fluorescent bulbs that contain toxic waste and require special disposal handling.  They had no right to force us to turn corn, a food, into inefficient ethanol for gas.

Government has no right to drive political correctness propaganda down the throats of our children and indoctrinate them with the one-world-order, social justice and radical environmentalism.  It has no right to collect the information required by CCSS on every one of our public school children and feed it into a national database.  Who the heck do they think they are?

The government has no right to spy on every American and collect data on every individual’s activities just because the government says it is trying to protect us from foreign enemies.  It is tyranny of the highest order.

It had no right to spend billions of our tax dollars to nationalize the entire health care industry in America and replace it with the most unworkable, corrupt system that has ever been devised by man.  Obama had and has no constitutional authority to make massive changes to the law and violates his oath of office by so doing.  Obama Care sinks bureaucratic negligence, fraud and corruption to a whole new level, never before seen in America.  It is the face of tyranny.

Obama’s face and his persona represent all that is wrong with America, figuratively, not literally.  The President is supposed to stand with the people and be the vanguard of our liberties and faithfully execute our laws, but Obama is incapable of standing with the people.   Every action he has taken in the last five years has killed jobs, not created them.  He is the face of evil.  He is the face of lies.  He is the face of immorality.  He is the face of cover-up and corruption.  He is an empty shell.  He is hollow and he is without genuine substance.  Obama, in a word, is everything America is not, but he could be the spark that ignites a revolution.

Of all the black men that could have been elected president, Obama is the worst of the black race.   Many more qualified black men or women come to mind.  Obama’s not the pick of the litter; he is the worst of the lot.  He is deformed in mind and in spirit.  He is devoid of honor, obsessed by race and revenge and his stated goal is wealth redistribution and reparations for all American blacks.  He has said as much.  He and his wife do not like America and hold deep seated beliefs that America is hopelessly flawed and should pay a steep price for its alleged transgressions.  He injects himself into race every time the issue comes up.  Obama is by far the most racist, the most dictatorial and the most secretive president that has ever occupied the White House.

If the Republicans take the Senate and keep the House in 2014, we urge the House to write Articles of Impeachment, submit them to the Senate and the Senate should try Obama for High Crimes and Misdemeanors.  The list of his crimes, cover-ups and usurpations of executive power are long indeed.  The damage Obama can do to this great nation in his last two years as President is incalculable.  He must be stopped or thwarted by all legal means.

In addition, the new Senate in Republican control should block every single Obama judicial nominee for all lower courts and the U. S. Supreme Court before Obama has the chance to negatively alter the judiciary long into the foreseeable future.  It only takes 51 votes now to kill a nominee, thanks to Senate Majority Leader Harry Reid and his nuclear option.  The Democrats will rue the day they employed that option.

So Obama, to sum up, you are the face of our collective anger and we figuratively, not literally, “spit our last breath at thee.”

It is our strong belief that millions of Americans feel the way we do.  Obama’s persona and actions have opened the eyes of those millions.  His departure won’t save America, but it will go along way towards starting the long journey back.

If our weekly messages resonate with you, we encourage you to visit our two websites HERE and HERE where you will find volumes of vital information to fight the fight, urban or rural.

NOTE:  The following article represents the opinion of the author and is not necessarily shared by the owners, employees, representatives, or agents of the publisher.

Ron Ewart, a nationally known author and speaker on freedom and property issues and author of his weekly column, “In Defense of Rural America“, is the President of the National Association of Rural Landowners (NARLO)  (http://www.narlo.org), a non-profit corporation headquartered in Washington State, an advocate and consultant for urban and rural landowners.  He can be reached for comment at info@narlo.org.

The Face Behind The Growing Anger In America added on Sunday, May 18, 2014

6 Responses to "The Face Behind The Growing Anger In America"