THOUGH THOUSANDS CONTINUE TO SUFFER, BOTH IN AND OUT OF CPS CUSTODY

In 1974, President Richard M. Nixon signed the first federal legislation aimed at raising the awareness of the public to the problem of child abuse.  Known as CAPTA, the bill “provided Federal assistance to States for prevention, identification, and treatment programs.”   It authorized the establishing of a National Center on Child Abuse and Neglect.  CAPTA was renewed in 2010 by the

In 1983, President Ronald Reagan, through Presidential Proclamation 5039, declared April National Child Abuse Prevention Month.  “Child abuse and child neglect continue to threaten the lives and health of over a million of our Nation’s children…Action taken after cruelty has occurred is often too late,” Reagan said.

According to the director of an agency which appoints special advocates to abused and neglected children, “By the time you finish reading this article, more than 30 cases of child abuse will have been reported to authorities nationwide. By the end of today, that number will swell past 9,000. And four of those children will die at the hands of their abuser. All in a single day.”

Children are victimized by serial abusers who often abuse alcohol and drugs.  They are sometimes victimized by agencies allegedly intended to protect them.

Every state in the nation has a child protective services agency which purportedly investigates cases of child abuse and neglect, removing children from abusive situations if necessary.  However, child protective services agencies reportedly experience a lack of “transparency, quality assurance, data and accountability” which appear to have resulted in the harm or deaths of the most vulnerable members of our society.

The Los Angeles County Department of Child and Family Services (DCFS) is reportedly in a “state of emergency,” and a widely-publicized case in which an eight-year-old boy, Gabriel Fernandez, was tortured and murdered has brought further scrutiny to the agency.  In 2012, after The Post & Email began investigating a case of children having been removed from the home of the Hendersons, Los Angeles DCFS Public Affairs Director Armand Montiel told us of the caliber of the job he believes the agency does:  “Frankly, I think we do it well.”

Los Angeles DCFS has also been accused of removing children from homes which were not abusive or neglectful, as in the case of the Hendersons, whose eight children are scattered in at least four different homes despite no charges of abuse or neglect having been leveled against either parent.  In their case, the most serious allegation was that they allowed their eldest child, who was ten at the time, to drink wine on the Jewish Friday sabbath.

On April 10, a Blue Ribbon Commission reported that the Los Angeles DCFS “the child welfare system needs reform, but it needs to come from more than one agency.”  Various studies have concluded that DCFS needs to operate with more “transparency,” particularly in regard to its finances.  The Los Angeles Board of County Supervisors is aware of the findings of the latest Blue Ribbon Commission, and Gloria Molina, the supervisor of the Hendersons’ district at the time, did not return any of several phone calls made to her office in 2012 on their behalf.

The latest Los Angeles commission also reported that “fear of liability preempts sound decision-making by the County and DCFS.”  One writer characterized the findings of one of the commission members as “a thunderclap of criticism…directed at a Los Angeles County government, its culture, its leaders, its bureaucrats and especially its lawyers. Especially its lawyers.”

Former Los Angeles museum director Andrea Rich excoriated the agency by stating, “Bureaucracies not carefully managed and consistently improved have characteristics that are destructive to client-oriented services, impede innovation, stifle efforts at self-improvement.  This sort of narrow span of control and bureaucratic risk-aversion typical of the bureaucratic process constantly thwarts efforts toward meaningful reform. And we’ve seen it over and over in our studies here and in testimony.”

“Performance-based contracting” is now being encouraged by the dean of the University of California School of Social Work for the troubled Los Angeles DCFS, whose final Blue Ribbon Commission meeting is on Friday.

In some cases, child welfare workers themselves have been accused of abusing children.  In other cases, foster homes where children are placed are later found to have been equally, if not more, abusive than the homes from which the children were removed.  Some placed in foster homes claim they were unnecessarily drugged.

Many drug abusers were physically or otherwise abused as children.

Some states are charging defendants in which an unborn baby is killed with the murder of that child.  Cases in which children were reported by multiple sources to have been in danger were tragically not rescued.

On Thursday, Personhood USA and Grassfire reported that 15-year-old Justina Pelletier, who is being held by the Massachusetts Department of Children and Families, “sneaked” a note to her parents in which she claims that she is being abused at the hands of those who are reportedly caring for her.  Justina is reportedly residing at a group home for youths in Framingham, MA, while her parents, who are from West Hartford, CT, this writer’s hometown, are desperately trying to regain custody after Boston Children’s Hospital claimed they were guilty of medical abuse over a difference of opinion regarding Justina’s condition. 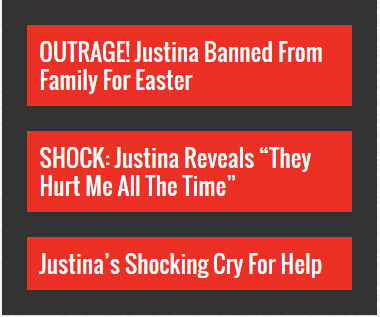 Justina has received “no education” during the 15 months she has been in the custody of Massachusetts DCF, and family members have reported armed guards at their infrequently-allowed visits wherein they have observed that Justina’s medical condition rapidly deteriorating.  While DCF returned her medical care to Tufts, where her parents had had her treated successfully for mitochondrial disorder, one of her doctors there is now reportedly “very concerned” about her heart, for which medication was withheld by doctors at Boston Children’s Hospital, where she was admitted in February of last year for complications from the flu.

Massachusetts DCF has gone so far as to forbid Justina a visit from with her family on Easter Sunday.  The family is reportedly Roman Catholic.

Lou Pelletier, Justina’s father, believes that his daughter has been the subject of “medical experiments” which amount to “torture,” “even if it meant killing her.”

“This is a national problem,” Pelletier told Liberty News TV on April 4.  He wants a law to be passed titled “Justina’s Law” to stop unwanted medical intervention in a child’s case when there is no evidence of abuse on the part of the parents.  He also revealed that he asked the FBI to intervene but that the crime agency has declined, stating that it would “set a precedent.”

“We know that the government can do whatever it wants when it wants…This country is in trouble,” Pelletier said.

In 1997, Patrick Fagan, Ph.D., wrote that “Far too many children are badly abused in the United States today. This disturbing fact–driven home by shocking stories on nightly television broadcasts–appears also in professional literature as analysts try to understand the causes of this problem and find a remedy for it. The growing empirical evidence on child abuse1 reveals new, alarming, and distinct patterns of familial relationships that contribute greatly to this tragedy. The studies show that, along with a continual rise in the incidence of child abuse in the United States, there has been an increase in the number of children born out of wedlock and abandoned by their fathers, as well as an increase in the number of children affected by divorce. Now, in addition to poverty and community environment, the rising incidence of child abuse in the United States can be linked to one more factor: whether an abused child’s parents are married.”

Today, even the meaning of “marriage” has changed in America.

Fagan referenced a source from the Department of Health and Human Services which reported that “abuse and neglect of American children has increased 134% since 1980” which spanned a 13-year period.  Fagan points to not only a dramatic rise in the number of children born to unmarried parents, but also to parents who eventually divorce.

A report produced by the Australian government published in January of this year stated that “Children who lived with a single parent with a partner in the home were 20 times more likely to be sexually abused.”  Data from the United States included in the report stated that the highest risk to children occurred where a biological parent cohabited with an unmarried “partner.”

In California, Assemblyman and gubernatorial candidate Tim Donnelly has advocated abolishing the current child protective service agency “and start over from the ground up.”  Donnelly, a Republican from Twin Peaks, became involved with the CPS system when the Sacramento CPS tore five-month-old Baby Sammy from his mother’s arms after she changed hospital providers for her son last year.  Donnelly told Channel 10 last May that when he asked CPS why it seized the child without apparent proper cause, “…whatever they do, they’re allowed to operate in secret, and they’re accountable to no one.”

Custody of Baby Sammy was to his parents, Anna and Alex Nikolayev, after a short time following public outrage over his seizure, about which Alex Nikolaev said resembled life “under a communist regime.”

On this Good Friday, what can each of us do to prevent child abuse?