THE STATES WERE SOVEREIGN WHEN THEY CREATED THE FEDERAL GOVERNMENT 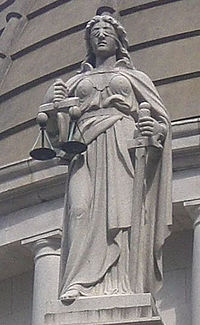 (Aug. 15, 2011) — Having had some rather intense inline correspondence with conservatives in recent days who were basically attacking Ron Paul as a kook, wanting the federal government to perform actions that they think is important, regardless of the constitutionality, and having the federal government control the actions of the states. My only retort to them was to follow the Constitution, and to which, of course, I was told I just don’t understand the Constitution.

So, to simplify and declare my understanding and my position regarding the Constitution, here goes:

1. Representatives of the states wrote the Constitution, and with that document created the federal government.

2. The states are thus sovereign over the federal government – it is their offspring.

4. In areas where there are constitutional questions, the Federalist Papers provide extremely good understanding of exactly what the Founders had in mind when they drafted the Constitution, but the states should decide the resolution to the constitutional questions – not the federal government (and, yes, I am well aware of the impact that John Marshall had on the early supreme court).

6. The states did not consider the Constitution to be a controlling document over the states. See the ninth and tenth amendments.  So, as much as I like the concept of the recent McDonald v. Chicago Second Amendment decision, I would not suggest that it can control the states.

10. In full consideration of the current lawless and global elite controlled federal government, it is the state governments that must 1) regain their self-sufficiency status as soon as humanly possible, and 2) confront the federal government each and every time it violates the law as established by the Constitution – especially in times like these.

Often we Americans, including our conservative colleagues, are coming off dumber than rocks with regard to understanding our own state and federal constitutions and our own laws. From our own government employees we need to start hearing the complaint that the ‘all the people know the law and we can’t get away with anything.’  Then we will know that we’re being effective.

For American citizens to find fault with any presidential candidate, with any elected representative, or with any hired government employee, because they are following our laws is the height of ignorance and stupidity.

If we, as American citizens, can’t learn about and follow our own laws, how can we demand that members of our government do so?  Are we screwed as a country because we are so dumb we can’t learn our own constitutions and laws?

Somehow I know we are better than that.

Do You Understand the Constitution? added on Monday, August 15, 2011