Thirty-two months have passed since I exited Africa with a certified (2009) copy of Barack Obama’s 1961 Coast Province General Hospital (CPGH), Mombasa, British Protectorate of Kenya, Certificate of Birth.  Said certificate of birth contains an image of a baby footprint.  Said footprint is located in the lower left corner of the certificate.  A close-up of the footprint is pictured below: 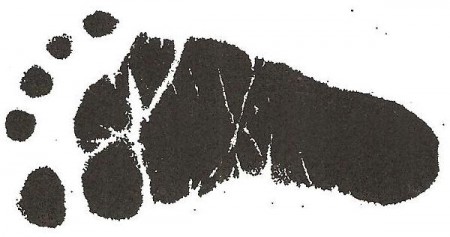 Observers have questioned the significance of the image found on the 1961 Kenyan hospital certificate of birth.  Is the image merely a generic adornment, ornamentation or ‘trimming’ found on all of that particular hospital’s certificates of birth for that era?  Or is the footprint that of the child bearing the name Barack Hussein Obama II?

We asked ourselves, ‘Was Kenya using inked prints on other forms of identification in and prior to the year 1961?‘ 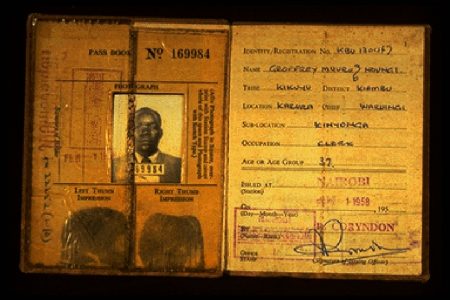 We then asked ourselves, ‘Are there other hospital birth certificates which contain only one footprint, as opposed to both feet, issued in or prior to the year 1961?‘ 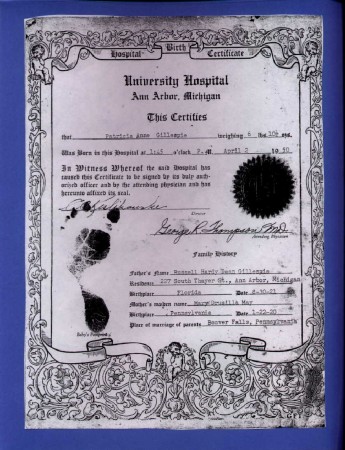 For some months now I have been working a slow and slothful, yet promising, scheme to gain access to colonial/protectorate records issued by the Coast Province General Hospital.  A few days ago I received notification from long-time personal contacts (friends) now inside Kenya to the effect that they’d gained access to select birth records at the Coast Province General Hospital in Mombasa, Kenya via one of the hospital’s employees.

What I have seen so far has come via webcam chat sessions.  I’ve seen what appears to be partial views of a CPGH certificate of birth which is nearly identical to the document that I obtained at the CPGH in 2009.   James O.W. Ang’awa is listed as the attending doctor and the birth place of the father is listed as Kanyadhiang Village, Nyanza.  The footprint appears identical in shape and size to the footprint on the document that I obtained in 2009.  However, unalike the very dark and muddy footprint image contained on the 2009 certified copy, the footprint that I have seen over the webcam is lighter, more pronounced and the lines and wrinkles of the skin are all discernible.  Moreover, the paper certificate appears to be light brown, tawny or perhaps beige in color.

I will report again soon.

Inside Africa: Near pristine image of Barack Obama’s 1961 baby footprint has surfaced in 2011 added on Wednesday, October 19, 2011

One Response to "Inside Africa: Near pristine image of Barack Obama’s 1961 baby footprint has surfaced in 2011"