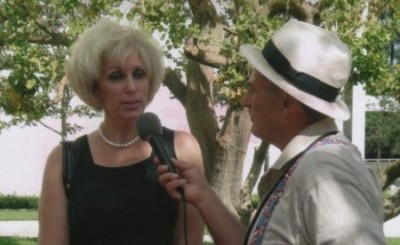 ISLAMIC CENTER TWO BLOCKS FROM GROUND ZERO News Analysis by Harry Hunter (Dec. 18, 2009) — Location, location, location—that is what a group of Muslims bought last summer at 45 Park Place in Manhattan, just two blocks from Ground Zero on September 11, 2001.  There stands a five-story former factory building where part of a hijacked […]

FABRICATES REASONS TO DISCOUNT AUTHENTICITY OF CLOTH by John Charlton (Dec. 17, 2009)  — Continuing their long tradition of bating Christians, National Geographic News has published an article attacking the authenticity of the most important archeological artifact establishing the authenticity of the narrative in the Gospels regarding Christ’s Passion, Death, and Resurrection. The Shourd of […]

COMMISSIONER OPENLY ADMITS MACHINES IN ERIE COUNTY WERE PROGRAMED TO SWITCH VOTES by John Charlton (Dec. 15, 2009) — The corruption in the New York Board of Elections would be laughable if it were on TV, but today at 1:00 PM the Board actually did certify the use of electronic voting machines which one commissioner […]

VOTERS TO PROTEST IN FORCE IN GOVERNMENT BUILDINGS AND U.S. SENATORS’ OFFICES by Harry Hunter (Dec. 14, 2009)—December 16 is the anniversary of the 1773 Boston Tea Party, and a coalition of grassroots patriot organizations is preparing for that occasion by mounting a last-ditch effort on Tuesday, Dec. 15., to defeat government-run health care. They are […]

REMINDS HOLDER OF HER LETTER OF MARCH 1ST, DEMANDS EX-RELATOR STATUS IN LIEU OF NON-ACTION by John Charlton (Dec. 14, 2009) — Without a doubt, the most important and significant legal action in the United States this wee, is Dr. Orly Taitz’s Letter to Eric Holder, sent today, demanding that he institute Quo Warranto proceedings […]