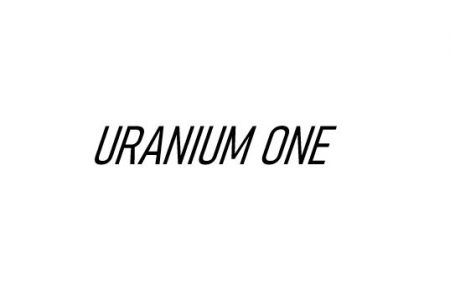 “You know your microphone is on and we’re recording? What’s wrong, can’t you see the red light on the camera, or Pam, our new boom operator, holding the furry squirrel-looking thing above you?”

“Sorry; I was just thinking out loud.”

“How many years have you been the Roving Reporter? Ten?”

“Good evening, ladies and gentlemen, and welcome to the place where the truth is respected irrespective of the consequences. Hello, I’m Mr. Roving and I’ll be your host as we stand under the awning, out of the rain, across the street from the train depot. Oh, excuse me: we just received a bulletin that Mitt Romney and Laura Fink* have been diagnosed with Trump Derangement Syndrome Plus, so we’ll just shout out our condolences and let it go at that. Okay, let’s interview somebody. Excuse me, sir, Roving for ‘Pulse.’”

“How you doing, Roving? Enjoy the show; always have. Name is Joe and I’m a professional conversationist.”

“Got it. You talk about pensions and how much you’re vested and things like that all day, every day.”

“And get paid for it. Like the man said: the difference between us and being on Welfare is that we have to show up.”

“You’re a funny guy, Joe, but you’re also a realist. Here’s your question: what in the tarnation is Pelosi doing in the Middle East?”

“Simple: she’s following DNC orders to get out of the country because she keeps on running her mouth and stepping in it, and they couldn’t spin it anymore so they sent her away for a few days. Look, here’s my train. See you.”

“And we’re back with Lydia who is a, what are you?”

“I’m a librarian at the university, and I took all of Professor Zorkophsky’s classes, I’m proud to say. He is as entertaining in class as he is on your program.”

“I bet. Okay, here’s the question of the day: how much influence do you think the Islamic State has on our own foreign policy?” 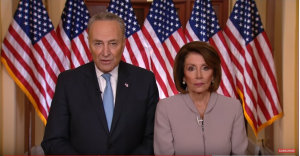 “I’d have to say as close to 100% as possible. Look at failures like Chuck Schumer and his support of the Muslim Barry Soetoro that some in the press call ‘Obama.’ And look at all the Jewish people who voted for Hillary, who is a flaming pro-Palestinian, whatever the heck that is. News flash: there are no Palestinians, it’s a made-up word, as is moderate Muslim, peaceful Islam, and misunderstood radical extremist Jihadist.”

“You nailed it, Roving. And here’s my ride. Goodbye.”

“Bye, Lydia. Okay, a commercial or an interview? Alright, excuse me, Miss, Roving for ‘Pulse,’ the most …”

“’Watched show in its time slot’; yes, I used to watch you but now I read you in The P&E. Name is Patti and what’s the question?”

“Well, first we like to know what you do for a living, if that’s not intruding.”

“Not at all: I’m a clinical physiologist and I work at the Children’s Hospital, but I don’t treat children; only adults.”

“Okay, what about Hillary?”

“Come on; help me out here. This job is hard enough without, well, without unnecessary talk.”

“Sorry; she’s a nut, through and through. She has this thing about the Russians, right? Right: she makes money off of them. She used her position as the Secretary of State to broker the Uranium One deal with Putin and she got paid some mighty big bucks for it, money that was split a number of ways and Obama was one of them. She has ‘Russian collusion’ written all over her; she’s as crooked as the best of them and she belongs behind bars for the rest of her life, violating the public trust like never before.”

“A crook on a colossal scale, selling 20% of our yellowcake. I wonder how much of that made its way to Iran?”

“Good question. Now if you’ll excuse me? Just one more thing: my mother is in a retirement home and they have a wing where the Alzheimer patients are, which is where Hillary belongs, and the sooner the better. After the 2016 election, someone should’ve told her to keep her mouth shut**, and she should’ve listened. Sorry; have to run.”

“And off she goes and the same with us. And so, on behalf of the crew, I’ll be wishing you all a goodnight: Goodnight.

[**keep her mouth shut: complete disrespect for all who served in our military.]