What Employers Should Know about Immigrant “No-Match” Letters

WHAT TO KNOW ABOUT NO-MATCH LETTER FROM SOCIAL SECURITY ADMINISTRATION 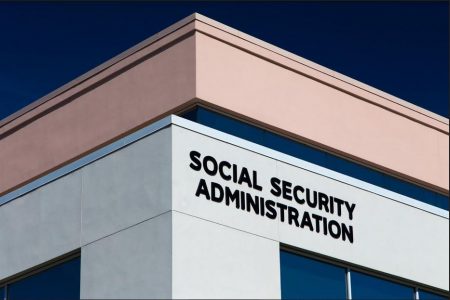 (Jun. 28, 2019) — In this guide, discover what employers need to know about a recent no-match letter from the Social Security Administration.

You open a letter from the Social Security Administration (SSA), and suddenly, it feels as though your heart drops.

Apparently, the name that the government has on record for one of your employees doesn’t match the name listed with his Social Security Number (SSN) in your own records.

Don’t worry. You’re not the only employer who’s facing this issue.

Research shows that more than 575,000 employers since March have already received a letter from the Social Security Administration about this SSN problem — known as a “no-match” letter.

Fortunately, there are some steps you can take to remedy the issue.

Here’s a rundown on what you need to know about the recent no-match letter from the SSA.

Why Are You Getting a No-Match Letter from the Social Security Administration?

The SSA requires that all employers have valid SSNs in their records for their employees.

Note that as an employer, you are required to prepare W-2 forms every year for your employees to report their income to the United States Internal Revenue Service.

If an employee’s name on their W-2 fails to match the specific name listed with their SSN in your records, you might get a no-match letter.

Concerns about the No-Match Letter

These letters were first sent out in 1993, and they were sent to employers regularly.

However, in 2012, these letters came to a halt because of lawsuits and complaints from businesses, labor unions, and immigrant advocates.

Since the letters suddenly reappeared this spring, many employers who have received these letters have simply returned them to the government.

The common thinking when it comes to a no-match letter is that it indicates that one of your workers isn’t authorized to work in the United States.

The truth is, you can’t use this letter alone to suspend, fire, or discriminate against a worker. This is because mismatches may happen for various reasons, including the following:

In addition, these letters do not explicitly address employees’ immigration statuses or work authorizations.

Therefore, if you attempt to take an adverse action against an employee who is the subject of a letter, you may be violating federal or state law. And this comes with legal consequences.

Instead, here’s a look at the steps you should take once you get a letter from the SSA.

Steps You Should Take

Once you’ve received an SSA notice, you can do the following to update the details you have about your employee.

First, you should review the employee’s SSN and name in your records and compare them with the government’s records at Business Services Online. This will help you to determine whether you correctly reported this information to the government.

If it so happens that you did not report the information properly due to making a typo, you can simply correct it with the Form W-2C.

Perhaps you did give the government what your employee gave you. In this situation, notify the worker of the letter you’ve received. Then, ask them to verify their exact SSN and name as they appear on their Social Security card.

Maybe the employee mistakenly did not give you the exact information on their card. Go ahead and correct this with the Form W-2C.

Now if the details that the government reported matches the information on the employee’s card, have the employee get in touch with your local Social Security office.

As soon as the employee resolves the issue with the office, they should update you on this. However, if they can’t resolve the issue, you may want to consult an attorney for guidance on what steps to take next.

Note that you’ve got 60 days to give the SSA an accurate Form W-2C.

Also, don’t try to verify your worker’s employment eligibility on your own by asking them to fill out another Form I-9. Likewise, don’t ask them to give you I-9 documents in an effort to remedy the mismatch. Instead, stick with the Form W-2C steps listed above.

Can You Ignore the Letter?

Rather than following the above steps, you may be tempted to simply ignore the SSA’s letter.

You can certainly turn a blind eye when you face these types of Social Security Administration issues. This is because the SSA doesn’t have enforcement authority. Therefore, the administration can’t penalize you for reporting information that is incorrect.

However, in today’s climate, where immigration enforcement is heightened, it’s best that you take a more conservative approach. In other words, you should take the necessary steps to correct any mismatches you’re alerted about.

Let’s say you experience a United States Immigration and Customs Enforcement (ICE) raid or audit down the road. The government will probably request records regarding your receipt of SSA no-match notices. The government will also want to know what your responses were to these letters.

If you addressed your previous mismatch issues, this will most likely work in your favor during the ICE raid or audit.

How We Can Help

In addition to highlighting how to respond to a no-match letter from the Social Security Administration, we offer a wide range of other tips and updates related to current events.

We are a leading media source that has taken on a novel model for the publication of news. Our goal is to perform investigative work and have citizens both nationwide and worldwide submit editorials and reports that share the truth about today’s events.

Take a look at our latest news reports to stay abreast on important events happening in your world in the days, weeks, and months ahead.

What Employers Should Know about Immigrant “No-Match” Letters added on Friday, June 28, 2019