THEY DON’T COMMUNICATE WITH EACH OTHER, DO THEY? 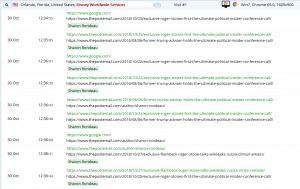 (Oct. 30, 2018) — On Tuesday, within a relatively short period of time, members of the mainstream media visited The Post & Email, all with an interest in the same topic: former informal Trump advisor and longtime political strategist Roger Stone.

First it was The New York Times‘s office in Norfolk, VA, followed by The Washington Post, NBC Universal, and the Disney Corporation, which owns ABC News and other media outlets, all with multiple visits logged.

Stone is said to be under scrutiny for whether or not he had advance knowledge of the timing and content of emails released by WikiLeaks associated with Hillary Clinton, her presidential campaign, or the DNC in 2016. The media has purported that the emails were provided by Russian operatives.

Thirteen months ago, Stone testified privately to the House Intelligence Committee, later amending his testimony with a written statement through his attorney to clarify that he had met with one Russian national during the course of the campaign along with then-Trump campaign aide Michael Caputo.

Caputo also amended his testimony while stating that he believes that the overture made to him by a “Henry Greenberg” was “yet another FBI attempt to compromise the Donald Trump for President campaign – this time by a Russian violent criminal in the United States illegally.”

Stone did not officially serve as an advisor or campaign aide to Trump in 2016, but rather, reportedly left the campaign in 2015 and went on to provide his own commentary as the presidential campaign cycle progressed. He has denied any foreknowledge of the emails WikiLeaks was to release and of communicating directly with WikiLeaks founder Julian Assange.

Although the mainstream media has linked Assange’s acquisition of the Clinton-incriminating emails with Russia, Assange has repeatedly stated that Russia was not his source, nor was any “state party.”

As The Post & Email reported at the time, Stone shared his insights and opinions on a series of five conference calls open to the public, held every other Thursday night between August 4, 2016 and October 13, 2016. An exception occurred on Thursday, September 1, 2016, when Stone tweeted that his communication software had been “hacked” and the call had to be canceled at the last minute.

At the same time, Stone said, his email accounts also were hacked.

On Thursday, The Post & Email began posting the audio from Stone’s initial conference call in short but continuous, overlapping segments. As stated in our first installment, we will be obliterating the names of any private individuals which may have been mentioned during the call as having submitted questions to be asked of Stone by host Jason Sullivan.

Our reports now number three, with more to come.

Reportedly, Sullivan has been interviewed by Special Counsel Robert Mueller, who is investigating whether or not any “collusion” took place between Trump campaign aides and Russian operatives in order to give Trump an advantage over Clinton. Mueller assumed the probe in May 2017, one week after the firing of FBI Director James Comey.

Thus far, no one has been indicted, charged or convicted of any crime directly related to “collusion.”  Trump has emphatically insisted that there was “no collusion” with the Kremlin on the part of anyone in his campaign. 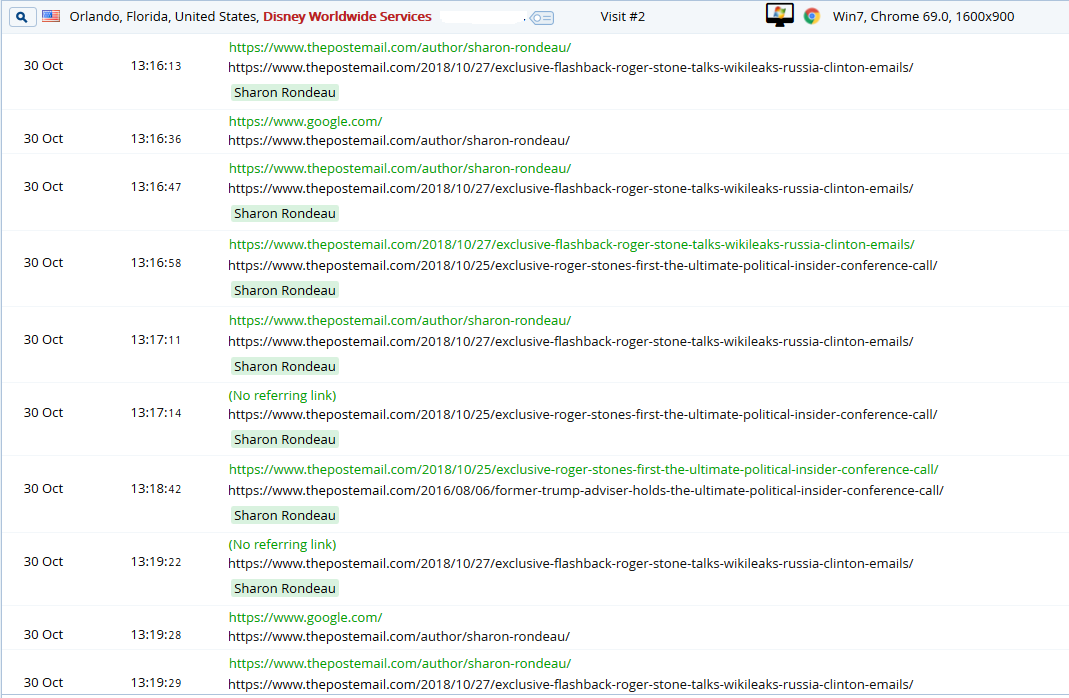 Last year, former unpaid Trump advisor George Papadopoulos was charged with and pleaded guilty to lying to the FBI during the course of its “Russia” investigation but is now reconsidering that decision given that he claims that information which would have proved exculpatory to him was withheld by the government.

On Monday evening, Papadopoulos went as far as to say that officials from the UK and Australian governments “colluded” with former White House occupant Barack Hussein Obama in an attempt to create a “setup” against him and the Trump campaign in general.

One Response to "What Does “Big” Media Want with the Little Post & Email?"