The Philosophy of the Vote 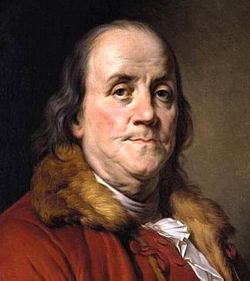 “‘Tis oft bright, say I. To the land where one spies shelves of good eats, oft yonder, through lights of red and over tracks of silver.”

“I say, good fellow, score me a loaf and condiments; I will owe thee for four score and six years.”

“For four and six’? Surely you jest. Say not six. Will ye persist in this madness, or shall disagreement descend and squander friendship? Make it an even seven and be done with this foolishness. I say, if it were good enough for Honest Abe, surely I rate equally.”

“No doubt, in your mind. However, I listen to no man’s counsel but my own.”

“And you served with honor in our distinguished military?”

“That is so; with honor and sharp distinction. Proud was I to wear the uniform of our sovereign land.”

“Fate dictates that if you are able to stand up to the requirements, you vote even if thou refuses to do one’s duty.”

“Refuse duty? I? Never! I wear my years of service with pride, from morning ‘til the nightingale sings her sweet lullaby [“Nightingale Song” (2:31)]. How say thou, to vote yet not?”

“It is so. Benjamin Franklin wrote a paper about it and described it more succinctly than I ever shall. Says he, ‘He who could vote, but doesn’t, automatically votes for whoever wins.’ So there.”

“So sorry, but you aren’t allowed to bow out so, if not without honor, then cheaply.”

“The wax buildup is weighing me down; it’s making my existence a hardship that I find most difficult to endure. I remember dreaming of the word ‘cheaply,’ yet I know it cannot apply to yours truly. And yet you seem to persist that if a person is qualified to vote, but abstains, in a way that person votes for the one who gathers the prize anyway; is that not correct? How so?”

“Ah, now to the kernel; the sweet epicenter filling of the box of chocolates found; the truth shall be exposed; truth shall be revealed; the clouds will part and the land covered in milk and honey, or at least in national pride, so I speaketh.”

“So, let me get this straight: inside the hollow space between my clogged ears what I gather you are saying is that, even though I don’t vote physically, I’m voting just the same for whoever wins mentally.”

“Well-said; you hit the nail on the head.”

“Because had you voted, you could’ve voted for whoever lost so maybe the person who lost would have won, had you voted.”

“Yes; now that makes sense. So one forfeits the right to complain about whoever wins if he didn’t vote for the candidate who lost, right?”

“I thought your ‘yes’ was but a whisper in this whirlwind of diametric philosophies clashing on terra firma.”

“In other words, we’re standing on the surface of a sphere in a parking lot where I’m about to make a beer run that’s filled with danger, and the greatest danger is that of a drunk illegal immigrant doing a head-on. running a red light, getting rear-ended or a thousand and one other possibilities that they consider normal, acceptable behavior while we frown on such antics.”

“That about covers it, plus they don’t even bother to learn the English.”

“Same: if you could vote, but don’t, you, and you alone, voted for whoever wins, but that’s not all.”

“You mean there’s more to not voting? These add-ons seem like a mighty high price to pay for not doing one’s duty in a Republic such as ours. Doth thou agree peacefully or are we to draw linguistic foils and duke it out?”

“Nay, I beseech thee: you automatically lose your moral license to complain of the outcome: forever silenced.”

“So I better get out there and vote for Trump and his friends or keep my mouth shut. I must do my part so our ever-so-sweet country does not dissolve into anarchy, is that it?”

“Indeed it does please me, although it was as if I had to twist thou’s arm behind one’s back, figuratively speaking, of course.”

The Philosophy of the Vote added on Wednesday, October 24, 2018