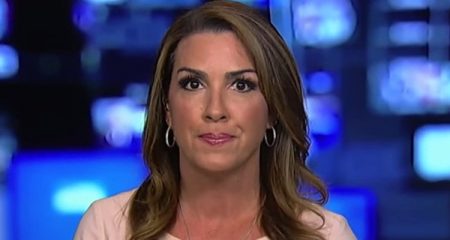 (May 16, 2018) — On Wednesday night’s “Hannity,” investigative reporter Sara A. Carter told host Sean Hannity that there “may have been multiple sources,” meaning informants, communicating with the FBI from inside the 2016 presidential campaign of Donald J. Trump.

Carter’s statement was based on an article appearing in The New York Times on Wednesday revealing the code name of “Hurricane Crossfire” assigned to the FBI’s counterintelligence investigation into the Trump campaign launched July 31, 2016.

Hannity asked Carter, apparently with some foreknowledge, if she would be producing “a big story tomorrow on the FBI informant that was in the Trump campaign, right?  Am I jumping the gun here?” to which Carter responded by at first stuttering and then with, “I hope so.  Well…maybe you’re not jumping the gun.”

Last Thursday, The Wall Street Journal’s Kimberley Strassel extrapolated, from a leak appearing in The Washington Post about a “top-secret intelligence source” whose identity the Justice Department and FBI are loathe to release, that a “mole” or spy was gathering information on the Trump campaign and relaying it to the FBI in 2016.

House Intelligence Committee Chairman Devin Nunes and House Oversight and Government Reform Committee Chairman Gowdy have been demanding of the DOJ and FBI to learn the basis for the launch of the FBI’s probe into the Trump campaign.  Nunes has said publicly that he has seen no basis gleaned from “intelligence” for the FBI to justify an investigation.

In The Times’s article, writers Matt Apuzzo, Adam Goldman, and Nicholas Fandos contended that of the FBI agents tasked with investigating the Trump campaign, “The mood in early meetings was anxious.”  Following its probe of Hillary Clinton’s use of a private email server which ended in no charges, the FBI agents were not “eager to re-enter presidential politics,” the writers said, allegedly according to unnamed “former officials.”

In discussing the article with Carter and Fox News Legal Analyst Gregg Jarrett, Hannity opined that it was written from the FBI’s point of view as a sort of “cover.”

On Wednesday evening, Strassel tweeted extensively her thoughts on The Times’s article: 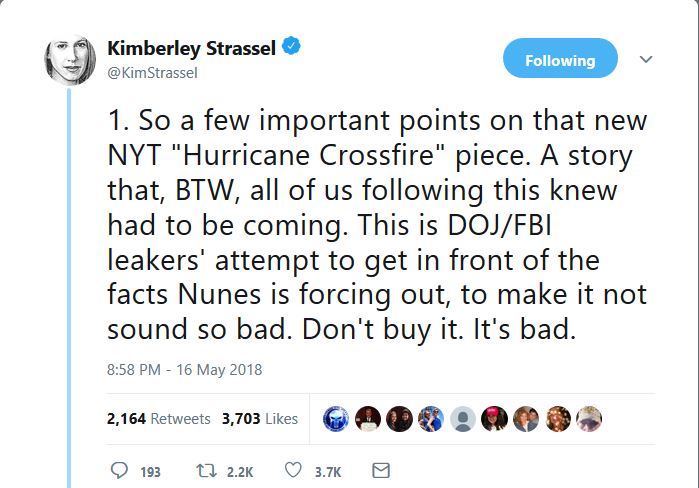