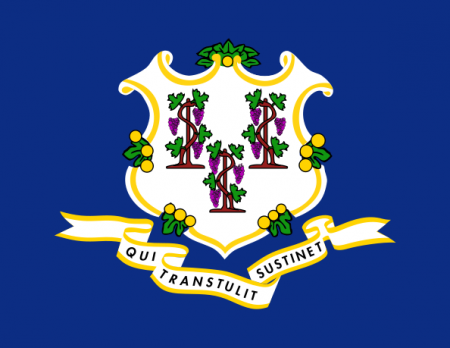 , 2018) — It took a long time to arrive, but the storm which has been moving from the West into Pennsylvania, Western Massachusetts, New Jersey and New York is now in this writer’s neighborhood.

On Wednesday evening under the hashtag “#ctweather,” local news stations reported that at least 20,000 people in the western Connecticut town of Fairfield had lost power.

As of 5:00 p.m. in this writer’s eastern Connecticut town, there was no snow on the ground, although flurries and squalls had occurred throughout the afternoon.  However, by 5:00 p.m., the snow had begun to fall in earnest.

According to tweets posted by The Hartford Courant, the “March Nor’easter,” also called Winter Storm Quinn, has closed schools, places of business, draped patio furniture in thick walls of snow, and made travel treacherous.  Some Connecticut residents are reporting having heard thunder, a phenomenon which has trended on Twitter today under the hashtag “#thundersnow.”

At least one report of a person having been struck by lightning was reported in New Jersey.

Schools will be closed in Hartford on Thursday due to a parking ban in effect until noon.  On Wednesday, virtually all schools in the state were closed.

A cyclone which hit the same area last Friday knocked out power for thousands, with downed trees and power lines hampering travel.

As lights have been flickering at this writer’s location for the last hour, it is likely that power will be lost in the coming hours as the heavy snow accumulates.  Should The Post & Email go quiet for a time, an absence of electricity, cable service or both will be the cause.