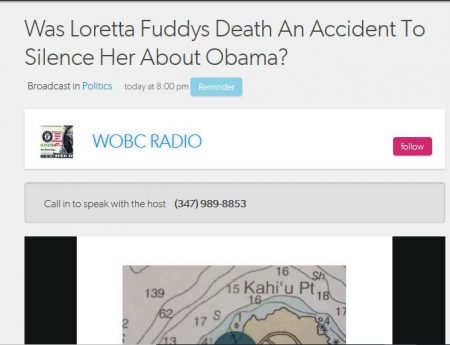 (Dec. 11, 2017) — Tonight we have on as our guest forensic expert Hugo Feugen. Mr. Feugen has decades of experience in the aviation field and will offer his professional analysis. Is it coincidence that Fuddy was the only person who perished in the emergency landing even after surviving and safely exiting the plane and putting on a life jacket?

Loretta Fuddy was the head of the Hawaii Department of Health who issued Obama’s birth certificate.

On 12/11/2013, a small commuter aircraft carrying Loretta Fuddy, seven other passengers and their pilot, ditched into what the NTSB called “open ocean waters” off the Kalaupapa Peninsula, roughly in the middle of the Hawaiian Island chain. 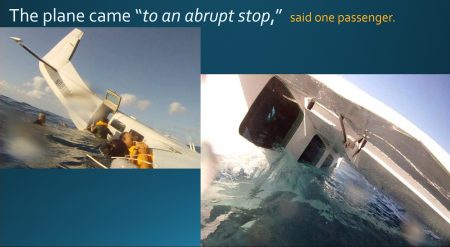 Was Loretta Fuddy’s Death An Accident To Silence Her About Obama? added on Monday, December 11, 2017

3 Responses to "Was Loretta Fuddy’s Death An Accident To Silence Her About Obama?"