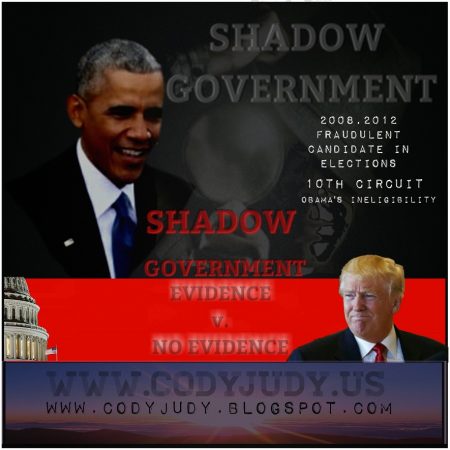 (May 11, 2017) — Fascinating to watch the MSM twist and contort about with “no evidence” collaborating Russia is linked to the Republican Party in electing Donald Trump President- zilch! Not one computer controlling Voting Booths, and even Obama’s word that it cannot be done, hasn’t provided any evidence the election of 2016 was sabotaged by Russia any more than Obama’s Interference with taxpayer money in Israel’s re-election of Benjamin Netanyahu.  The Vote Tally was not corrupted- Period.

“1992 – Converstation between V. & T.’s Moscow flat Well, I think you are going to be surprised when you get a black president very soon.”

As he was leaning toward Medvedev in Seoul, Obama was overheard asking for time — “particularly with missile defense” — until he is in a better position politically to resolve such issues.

“I understand your message about space,” replied Medvedev, who will hand over the presidency to Putin in May.

“This is my last election … After my election I have more flexibility,” Obama said, expressing confidence that he would win a second term.

“I will transmit this information to Vladimir,” said Medvedev, Putin’s protégé and long considered number two in Moscow’s power structure.

The exchange, parts of it inaudible, was monitored by a White House pool of television journalists as well as Russian reporters listening live from their press center.

Russia’s involvement with Obama- another story– and so is the evidence now in front of the 10th Circuit Court which shows Rep. Nancy Pelosi disenfranchised the State of Hawaii’s Certification Obama was not qualified to serve under the provisions of the U.S. Constitution. In other words, not even Hawaii thought Obama was qualified to serve as a ‘natural born Citizen‘ and that evidence is confirmed by contrasting Hawaii’s two prior certifications of 2000 and 2004. That’s Evidence, just like the forensic document experts telling Sheriff Joe Arpaio and the Cold Case Posse Obama’s long form birth certificate was fabricated.

THE MESSENGER MATTERS as much as THE EVIDENCE DOES?

They think you are stupid and that gives them the right to walk all over you, circumventing the U.S. Constitution. But American’s are not stupid, and where they do lack in formal education, they have a great ability and resilience to catch up on the curve very quickly when evidence in information and intelligence is presented to them along with their Constitution. The Ninth Circuit Court ruled that a Presidential Candidate had standing to bring eligibility question concerning the Constitution to the Court and that is exactly what Cody Robert Judy has done.

[A major obstacle to most citizen suits has been lack of standing.  The importance of the doctrine of standing was explained by Judge R. Barclay Surrick of the United States District Court for the Eastern District of Pennsylvania in dismissing one suit. He noted that one of the principal aims of the doctrine is to prevent courts from deciding questions “where the harm is too vague.” This was especially true for a presidential election, where a disgruntled voter who suffered no individual harm]

There are [not] as many Democrats who actually defend Obama’s Eligibility under the U.S. Constitution as you might think, when it comes down to it. There’s just a few leaders who orchestrated and choreographed Obama’s rise, but who also now are held accomplices in the fall. Most Democrats have relied upon their illustrious elected leaders to say, “Obama is OK” and carry the narrative forward that every Citizen of the U.S. is qualified for the Office of the President, which is simply not the case.

One of the most dangerous things about the U.S. Constitution to the Elitist is it’s condensed, compacted wurtzite boron nitride or diamond-hard formation of intelligence because it encourages and does not discourage the average citizen layman to read it. As apposed, for instance, to the behemoth 20,000 pages of regulations “associated” with the pricey health care the Obama administration issued.

Tuesday’s Twilight of an FBI Director Obama hired because “he’d be easier to confirm by a Republican Congress” didn’t last long when President Trump fired him as incompatible with the directives of the FBI agency. Most recognize the FBI’s directive to investigate rather then formalize charges held for the Attorney General’s Position.