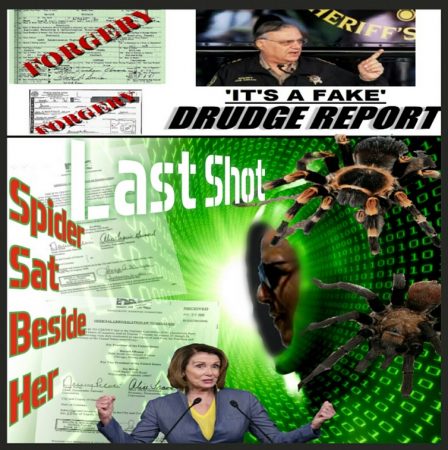 Contribute Now for a Restoration of Faith in Justice

RECENT FEATURED STORIES IN THE POST&EMAIL

Under Article I, Section 5, clause 2, of the Constitution, a Member of Congress may be removed from office before the normal expiration of his or her constitutional term by an “expulsion” from the Senate (if a Senator) or from the House of Representatives (if a Representative) upon a formal vote on a resolution agreed

Much more is known about Obama’s Ineligibility then has been focused on with the fabricated long-form birth certificate that was the subject and now is serving as Evidence for Proof in the Tenth Circuit and U.S. Supreme Court. Obama certainly didn’t pull his usurpation off without a lot of very wealthy and very influential help. Enter stage left Representative Nancy Pelosi and what she knew and did to tie the Democratic Party and Democratic National Committee into the lawsuit claiming that a cartel was formed in the conjoining Corporations of the DNC and OFA – Organization for America that was founded by none other than Michelle Obama. So when did they know and what were the alleged illegalities or crimes committed, allowing this small group to usurp the U.S. Constitution? We examine the two forms that Rep. Nancy Pelosi signed opening the gate for Obama the entry into all 50 States of the Union in the Spider Sat Down Beside Her.

WHAT CHANGED WITH OBAMA?

The “Certificate of Nomination” is required by each “State” as well as the “National Nomination” of the particular party once the Party has decided who will represent them in the General Election.

Now to get an idea of this, lets look at Hawaii’s State Certificate of Nomination in 2008 and compare that with the Elections of 2004 and 2000. What did Hawaii’s Democratic Party know about Obama before the 2008 Election? In the following comparisons we see that Hawaii indeed changed their language and refused to certify Obama as Constitutionally Qualified under the Constitution with the missing language as follows: 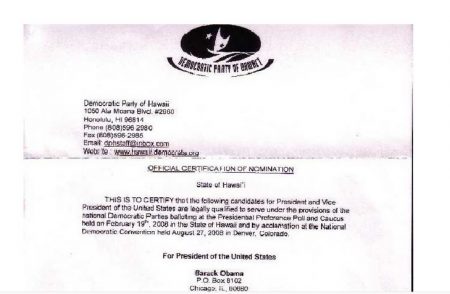 (See the entire document and read the rest here)

The Spider That Sat Down Beside Her – Rep. Nancy Pelosi’s in Deep in the Obama Ineligibility Cover-Up Web added on Wednesday, May 3, 2017

2 Responses to "The Spider That Sat Down Beside Her – Rep. Nancy Pelosi’s in Deep in the Obama Ineligibility Cover-Up Web"