WITH NO END IN SIGHT 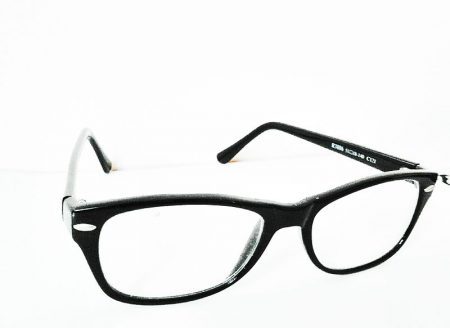 (Apr. 28, 2017) — According to Tennessee state inmate Grenda Harmer, after he was abruptly relocated from the Trousdale Turner Correctional Center (TTCC) in Hartsville to the South Central Correctional Facility (SCCF) in Clifton on April 5, a therapeutic foam wedge he uses for sleep purposes and his prescription eyeglasses were taken from him and to date have not been returned.

Both facilities are owned and operated by CoreCivic, a private company formerly known as Corrections Corporation of America (CCA).

Harmer said that he was told upon his arrival at the new facility that he would not be able to see a doctor for two weeks after his arrival to approve his continued use of the items.

The result of Harmer’s subsequent visit to the medical unit, escorted by Riley, was his explanation to the nurse that “the foam wedge is designed to keep my legs apart so I can sleep.”  On page 2 of his grievance he wrote, “I explained after my surgery it hurt to sleep on my side with my legs together.  That I use the goggles to watch TV.” [sic] “Without my 2 medical devices my quality of life is unnecessarily depreciated,” Harmer wrote. “There is no logical reason new arrivals should be made to wait for their medical devices be approved and to see about renewing their medication.  My meds will run out on April 15th.  Requiring new arrivals to wait 2 weeks to see a doctor is ridiculous and not within policy.” Harmer was referring to the prescription-strength Prilosec which he takes for acid-reflux disease and which was discontinued for three weeks at TTCC on the premise that he could purchase it from the prison commissary.  The medication was reinstated after The Post & Email contacted the Tennessee Department of Correction (TDOC) and the private medical provider to ask why it was withheld.

In a copy of another grievance dated April 22 received on Friday directed to TDOC Commissioner Tony Parker, Harmer reported that he has not received back the foam wedge and eyeglasses.  He requested that SCCF medical director Robert Turman be replaced for allegedly having failed to ensure that the facility adheres to TDOC rules.

Harmer believes he was relocated to SCCF out of retaliation for his collection of internal documents which he used to report prison staff’s deviance from stated policies.  He has filed a significant number of grievances with the TDOC and CoreCivic CEO Damon Hininger, many of which have been copied to Tennessee state legislators.

In one instance, he received a handwritten response from State Rep. John Ray Clemmons, now in his second term.