Inspiring Music for Easter and Throughout the Year

MUSIC OF DEATH AND LIFE 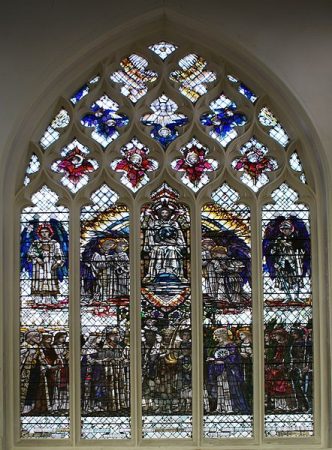 (Apr. 16, 2017) — My professional musical career included a myriad of performances with choirs, orchestras, and small ensembles over 28 years as well as solo work.

One of my very favorite pieces is the “Requiem” by English composer, arranger and conductor John Rutter.

Published in 1986 and set forth in seven movements, the choir parts encompass biblical and non-biblical texts, including the Anglican Book of Common Prayer.  The piece is often performed during Lent, in December before Christmas, and at All Saints Day services on November 1.

In 1981, Rutter founded the Cambridge Singers, a mostly a cappella (unaccompanied) group, “for the express purpose of making recordings,” of which there are many.

The last movement, Lux Aeterna, has a lovely, flowing harp obligato that I always enjoyed playing.

While a requiem is a “mass for the dead,” Easter is about eternal life.  “I am the bread of life: he that cometh to me shall never hunger; and he that believeth on me shall never thirst…And this is the will of him that sent me, that every one which seeth the Son, and believeth on him, may have everlasting life:  and I will raise him up on the last day…” Jesus was said by the apostle John to have preached.

Inspiring Music for Easter and Throughout the Year added on Sunday, April 16, 2017

One Response to "Inspiring Music for Easter and Throughout the Year"