“THAT WOMAN IN MASSACHUSETTS” 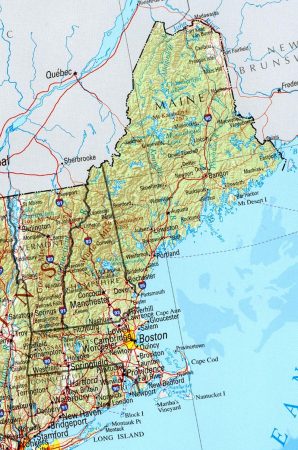 (Apr. 12, 2017) — On Tuesday, The Post & Email received three letters from Tennessee inmate Grenda Harmer, one with a return address of the Trousdale Turner Correctional Center (TTCC), where he has been housed since last July to our knowledge.

Both facilities are owned and operated by CoreCivic, formerly Corrections Corporation of America, the nation’s largest private prison operator.

Last week Harmer informed us that while working in TTCC’s library, he was approached by two correction officers and his “legal work” confiscated. He indicated that he expected an escalation in the prison’s efforts to thwart his ability to send documentation of prison policies and any infractions taking place as well as possible physical retaliation.

Harmer had said that prior to the April 3 incident, TTCC had asked him on several occasions, “Where do you want to go?” to which he said he responded, “Nowhere.”

A short note in one of the envelopes dated April 5 reads, “They confiscated my legal work and other documents… This morning I’m being transferred to another facility. Where I don’t know. They’re very concerned about you. I think your articles are hitting them where it hurts.”

Harmer went on to say that a Brian Mendenhall, the officer who apparently launched an “investigation” on April 3, referred to this writer as “that woman in Massachusetts.”

“I said ‘her name is Sharon Rondeau and she lives in Connecticut,'” Harmer wrote, followed by “I’m telling you now they don’t like you to well.” [sic]

Enclosed with the note was the following Incident report. A second letter bearing the same date begins, “Well, as you can see I’ve a new address. On Monday morning (April 3rd) Sgt. Douglas and Officer Hoskins went to my cell around 10:30 am and shook my property down. They tore my stuff up. My cell was eligible for federal disaster relief.”

Around 11:00 am Sgt. Douglas and Officer Hoskins came to the library and searched me, then had me stand about 10 feet away while they searched my legal papers. They confiscated my legal work, TDOC and CCA policies as well as TCIX and TTCC post orders. They also took even personal letters from you… 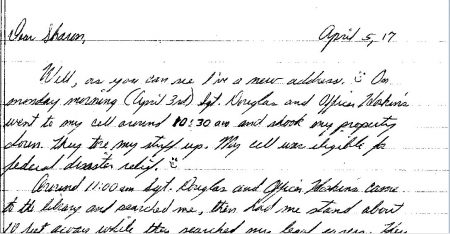 In 2015, Walter Francis Fitzpatrick, III had reported similar incidents after receiving letters from The Post & Email.

A note at the bottom of page 3 of the longer letter reads:

Conditions at SCCC have been described to this publication as similar to those at TTCC.

As of this writing, we have not yet opened Harmer’s third letter.