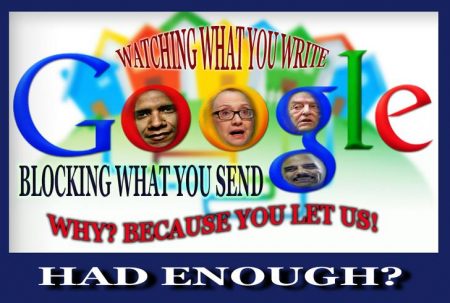 (Mar. 7, 2017) — Last November many patriots were elated at the news that Obama was out and Trump was in.  Some of us actually thought that Crooked Hillary and her band of outlaws, liars, and communists had been so thoroughly vanquished all that was needed was to sit back and watch President Trump do the things he promised he would do.

A disquieting moment of reality has now set in as we realize that the left never considers losing as a loss.  Merely a setback.  They never thought they would lose but, nevertheless, prepared for that impossibility.  Every move Obama has made during the campaign and the transition period was made to undermine Trump’s character and to prevent him from undoing the eight years of damage Obama has wrought.

In support of Globalism, New World Orderism, the destruction of the concept of sovereign nationhood and the curtailment of individual freedoms, the massive entity of leftist elites has hunkered down and are already preparing the next set of dirty deeds in anticipation of the next election.

In full swing are the usual nasty personal attacks which are not confined to the President but which invade his family and his children as well.  They lie, present misconceptions, and fabricate charges.  Remember, if anyone wants to know what nasty things the left is up to, just listen to what they are accusing the right of doing.

They know this vile and contemptuous activity will be ignored by the media and any contradiction of it by social media will be effectively censored.  That censorship takes many forms and has infected every aspect of conservative communicative activity.

On a smaller scale, but prevalent across this country, was the successful attempt last week by the Red Bank, NJ Town Council to prevent information flow.  They were taking statements from the citizens about their plans to offer a safe haven for illegals.  Shelly Kennedy, a powerful advocate for the protection of the Constitution, was in the process of making some very important points about the burden to the taxpayers.  But when she began to comment on the legal issue and that any member of that council who voted for that resolution would be in violation of Federal Law, she was immediately shut down.

On a larger scale there is the concerted effort by the many companies that run social media, which includes FaceBook, Twitter and a few others.  But none of these groups have violated free speech and employed censorship on a grander scale than the providers of internet email.  They are all involved in this, but none to the extent of Google.

This is an ongoing effort by these companies to prevent conservative communication between users of internet email services.  And it’s getting more intrusive every day as they know that it is being successful and nothing can be done to stop them.  Before I go into what they are doing and how they are doing it, I want to point out one of several tests we here at TPATH have performed.  Tests which, beyond any shadow of a doubt, prove conservative censorship is in full active mode.

We prepared a test communication article which referenced in the subject line and the body conservative points of view and sent it out using Google Gmail, keeping the number under the allowed recipients rule.  Google rejected that email send, claiming that the recipients, which included one of TPATH’s other emails, rejected it. Every one of them went undelivered.

We then changed the word “conservative” to “moderate” in the subject line and changed all references of Republicans to Democrats in the body of the email.  Selecting the same recipients and the same number of them, we sent it out. Yup! Every one of them were successfully delivered.

Comcast, AOL, Yahoo and Optimum all are doing the same thing.  Some of these email providers use their own filtering system while others use companies such as Cloudmark to do their dirty work.  Neither Cloudmark nor the software Google deploys ever lets the recipient know that they were blocked from getting an email.  Wonder why that is!

Google has taken to an even nastier step to diminish people using Gmail from conservative communication.  After several attempts to send bulk email out, if there is content that Google does not like, they will shut down the account.  Without warning. And there is no way to get back in and retrieve any data, which includes the contacts list.  All of that, gone forever.

Google has done this to TPATH several times over the last few months.  Fortunately we export our contact list every week, so Google, in our case, was not successful in deleting our contacts.  Everyone should back up their contact lists, often.

So we have been asked how these scoundrels can get away with doing this.  There is a three-part answer.   The first two I have been arrogantly informed of by people at Optimum and Google.

First, they say that your email service is free.  Even if you are paying a provider such as Comcast they claim they give you email as a bonus and the customer does not pay for it.  Therefore, you have no say in how they operate.  Pretty convenient, yes?

Second, I was told that the Constitution only mandates that the government not interfere with free speech.  Companies and individuals are not covered.  More conveniences.

Third, is a simple one.  They do it because we let them get away with it.

I choose to no longer participate.  TPATH is in the process of closing down our several Gmail accounts. I have removed Google Search from our PC’s and laptops and now use BING.  I uninstalled Google Chrome and now use IE Edge for our browsers.

While all of us have had issues with the new Windows 10 and the intrusiveness of it, there are ways to curtail some of its functions.  But the email service they provide, OUTLOOK, has at least to this point, not been involved in censorship.  Of course that may change, but in the meantime, unless one wants to pay for an email web-based service, Microsoft’s Outlook email seems to be the best thing out there.  They, too, have limits on the number of daily sends, but there is no evidence of censorship.  TPATH has moved to OUTLOOK Email.  Our new address is tpathwpe@outlook.com

One of our readers sent me information on what looks like a pretty good free email service that has options for upgrades.  TPATH has set up an account there but will only use it if OUTLOOK fails to live up to its non-censorship policy.  But for anyone else who is tired of being controlled, watched and manipulated by AOL, GOOGLE, OPTIMUM or any of the other intrusive cranks, give this email service a look.
https://protonmail.com/signup

Keep in mind that Google’s email service is not the only aspect of that leftist organization that is censoring. Several conservative websites have been filtered by Google and will not show up in searches.  One in particular is http://www.naturalnews.com/  .  This website discusses forced vaccinations and other leftwing government activities.  It gets thousands of visitors each day but curiously enough, Google’s search engines can’t seem to find it.

Since the left has so much control over so much of the internet, our only avenue of defense is to refuse to let them control us.  It for sure is a difficult task to separate from groups like Google and restart with another email account.  This of course is what they are counting on.  I however have decided enough is enough.  For starters I’m done with everything GOOGLE.  Browser, search, email, maps, all of it.

​Can we get an AMEN?

One Response to "Destroying Free Speech"