COLD CASE POSSE EVIDENCE IN THE HANDS OF THE FEDS 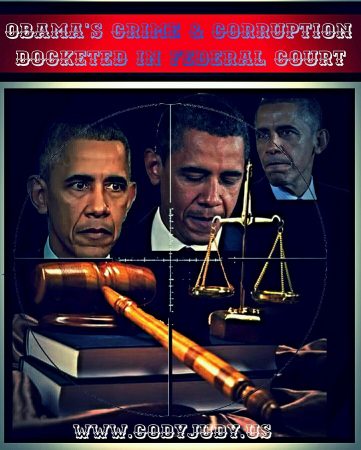 (Feb. 6, 2017) — Mainstream news media is silent about a case involving unseated de facto president Obama in what may be the biggest dereliction of Truth we have ever witnessed as a testament of Fake News in the media as a cover up of what is actually being represented in the Federal District Court.

To help us understand what is going on we must have a basic knowledge at least of complaints to the court. We must understand that a Judge has the ability to maximize and minimize any lawful requirement by the Judiciary in it’s own type of deferred prosecutorial judgement. I have seen Judges for example sign Orders on wholly False Affidavits, understand they were false see the evidence they were false, and refuse to rescind their Order. This is a manifestation of corruption in the Judicial Branch acceptable as the public allows it without ramification.

Tort [in common law jurisdictions, is a civil wrong[1] that unfairly causes someone else to suffer loss or harm resulting in legal liability for the person who commits the tortious act, called a tortfeasor. Although crimes may be torts, the cause of legal action is not necessarily a crime, as the harm may be due to negligence which does not amount to criminal negligence. The victim of the harm can recover their loss as damages in a lawsuit. In order to prevail, the plaintiff in the lawsuit, commonly referred to as the injured party, must show that the actions or lack of action was the legally recognizable cause of the harm. The equivalent of tort in civil law jurisdictions is delict.]

“What we do not yet know is the degree of corruption involved in protecting Obama as an unseated Defacto President in the face of Forensic evidence brought forth by someone in the Presidential Race with Standing asserting the claims with professional legal lawful authorities evidence.” – Cody Robert Judy – 3X U.S. Presidential Candidate

[Legal injuries are not limited to physical injuries and may include emotional, economic, or reputational injuries as well as violations of privacy, property, or constitutional rights. Torts comprise such varied topics as auto accidents, false imprisonment, defamation, product liability, copyright infringement, and environmental pollution (toxic torts). While many torts are the result of negligence, tort law also recognizes intentional torts, where a person has intentionally acted in a way that harms another, and in a few cases (particularly for product liability in the United States) “strict liability” which allows recovery without the need to demonstrate negligence.