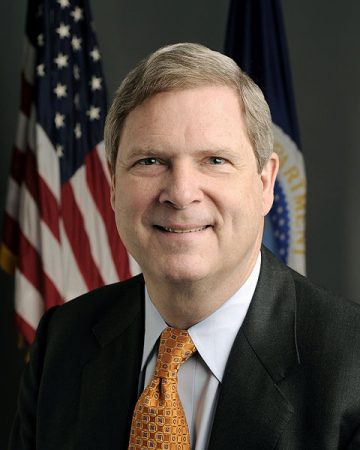 (Jan. 12, 2017) — Horse welfare activist BillyGoBoy is reporting on his blog that the Office of Management and Budget (OMB) is poised to announce a change in rules stemming from the 1970 Horse Protection Act which will “remove the ‘Pads and Chains’ from Tennessee Walking Horses, and eliminate the ‘Big Lick’ Animal Cruelty.”

The USDA, currently headed by Tom Vilsack, proposed the new rule over the summer as a result of complaints and concerns from citizens and some horse-industry members, although others are staunchly opposed to any such imposition.

Originating in Shelbyville, TN, the “Big Lick” refers to the exaggerated gait of Tennessee Walking Horses and two other breeds imposed by “stack” horse shoes, pressure-shoeing, ankle chains, and “soring,” which entails the rubbing of an irritant into the horse’s front lower legs.  By adding the stacks and chains, the horse lifts its front legs unnaturally higher while placing more of its weight on its back legs.

The style has been popular among some horse shows for decades, primarily in the South.  Horse show managers and CEOs who value the appearance of the horses’ exaggerated gait claim that the horse is not in pain after allegedly rigorous inspections take place to detect soring before competition.

The USDA dispatches a number of “qualified” inspectors to horse shows around the nation, but its budget of approximately $500,000 a year allows them to appear at only a very small percentage of shows.

While the Horse Protection Act found the practice of soring to be “inhumane” and was intended to prevent the practice by making it unlawful for any horse found to be “sore” from competing in a show, the industry is largely self-policed, and many horses have reportedly continued to undergo soring in secret.

BillyGoBoy, a retired attorney who has raised horses, has posted video of former “Big Lick” trainer Carl Bledsoe, who demonstrated how the horses’ pasterns are prepared to hide cuts and bruising imposed by soring and the placement of chains on the irritated skin in the event that a USDA inspector is present at any given horse show.

Bledsoe additionally wrote a letter to Rep. Ed Whitfield of Kentucky when legislation was under consideration by Congress to take a firmer stand against soring, stating that “There is no way physically possible for these horses to perform this desired ‘big lick’ without” the application of “*chemicals – Mustard oil, Croton oil, lamp oil, Kerosene, diesel fuel, Amoco white gas, hand cleaner, Dawn dish detergent, Iodine, Ether, baby oil, Scarlet oil, Castor oil, Glycerin, W-D 40 (my personal favorite) or a combination of these chemicals.”

Bledsoe is now a frequent speaker at “sound horse” events.

Congressional legislation failed to pass between 2013 and 2015, hence the proposed rule change.  During a comment period which ended October 26, many in the horse industry expressed their disapproval of the proposed wording of the new rule, which they believed was overly broad and would apply to horses in need of therapeutic shoes and wedges in order to walk or trot comfortably and safely.

Other commenters wanted soring stopped and agreed with the proposed rule change.

The Tennessee Walking Horse Breeders’ and Exhibitors’ Association (TWHBEA) did not respond to The Post & Email’s several requests for comment on the practice of soring and whether or not the organization condones or allows it.

An email sent to National Celebration CEO Mike Inman after the Christmas holidays requesting to be put in touch with one of its trainers did not receive a response.  Our question arose after Inman claimed that Barney Davis, a former trainer who was sentenced to 12 months prison and a $4,000 fine on a conviction on animal cruelty, was “discredited” for not having been a member of TWHBEA.  “Mr. Davis, never a member of the professional trainers or breeders association is banned for life from competing from participation in the major HIO affiliated shows and is not a credible source,” Inman wrote in an email dated December 23, 2016.

In August, BillyGoBoy, aka Clant Seay and founder of CCABLAC, filed a federal lawsuit against Maury County, TN Sheriff Bucky Rowland for allegedly ordering Seay and his companions to turn off their video equipment at the Columbia Horse Show, where “Big Lick” horses were reportedly competing.  An initial hearing in that case took place on January 4.

The lawsuit claims violations of the First and Fourteenth Amendments.

When The Post & Email last spoke with Seay approximately two weeks ago, he was confident that the rule change would be published in the Federal Register, as is required, before the Obama White House comes to a close on January 20.

President-Elect Donald Trump has not yet named his pick for Agriculture Secretary.

Will the USDA Issue a New Rule on Soring? added on Thursday, January 12, 2017

One Response to "Will the USDA Issue a New Rule on Soring?"