IS EITHER ONE A “CONSPIRACY” THEORY? 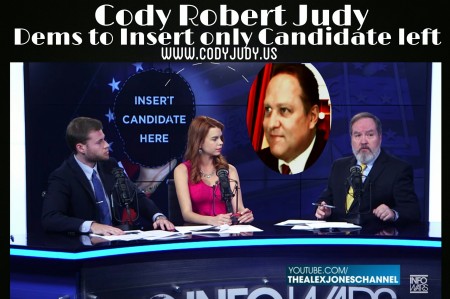 (Sep. 16, 2016) — “UNFOUNDED SPECULATION,”  “REAL MEDICAL PROBLEMS”  – Hillary Clinton’s health is regulated by media spin in the same darkness as critics and cynics vandalize the qualification for President as [Citizen] while [natural born Citizen] (i.e., born in the U.S. to Citizen Parents) is the time-honored required allegiance by law and tradition. In fact, emphasizing [Citizen] was the qualification in the Constitution at “the time of the Adoption of this Constitution.”

On Hillary’s health, if what happened on 9/11/2016 was not a muscular Parkinson’s freeze seizure, and two very large, burly men on each side could not hold the 5’3″ frame of Hillary as she lost control of limbs, her feet dragged off the curb, as she landed convulsing headlong into the AmVan, then either she needs stronger men around her, it was staged, wasn’t her, and was exactly used carpe diem to seize the headlines and with it recovery or substantiate a health issue in defense of coming charges.

The article from The Atlantic admits fairly that Clinton’s mishandling the event was the instigation of conspiracy itself. Indeed, if Hillary had reporters traveling in the AmVan more transparency and less conspiracy would have seized the day.

The article  states, “Critics of the president have suggested that Obama, the first black U.S. president, is not a citizen,” not only reaching and pushing the racist slant unlawfully and hatefully towards every American living under the protections and services of the U.S. Constitution, but also making black Americans targets of their radical disparaging slurs.

I am hurt for all black Americans that the mainstream media would use them to dismiss and disparage the same document we revere as Supreme Law of the Land,  as freeing and liberating those black, brown and white people who were cast into the bonds of slavery.

Make no mistake in understanding the dance of the devil; it is with the same nefarious intentions they use this horrific allegory to return those freed and liberated to the chains of slavery from which to eviscerate the 8th Amendment, smash the 15 Amendment, and destroy the 19th Amendment.

Enslavement of people and the employ of slavery as we recall of the whip-wielding Master of the Plantation is not particular to color, nor is it particular to time. As long as the nature of men is unbridled and haughty towards civil allegiance, the Masters may be seen in corporate greed outsourcing the slaves of foreign lands in what Corporations call profitable enterprise and prudent worldly globalization.