“LOOKING FOR THE EVIDENCE” 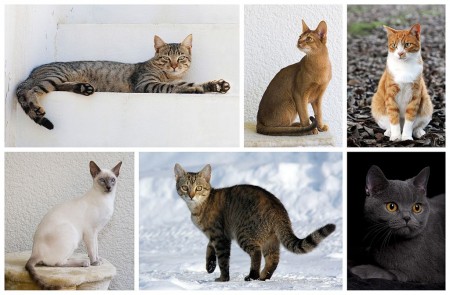 (May 14, 2016) — “Good evening, ladies and gentlemen, and welcome to another informative episode of ‘Pulse of the Nation,’ where we interview people just like you walking down any sidewalk, USA.

“Excuse me, sir, but do you mind if I ask you a question? Roving Reporter here on behalf of ‘Pulse of the Nation.’”

“You mind telling the viewing audience what you do for a living?”

“Not at all. I’m a SETI consultant. I’m one of the people who think of something and then we look for the evidence.”

“And you consider that scientific? Interesting. Mind giving us an example?”

“Not at all. Take cats, for instance.”

“Cats? As in your everyday housecat?”

“Exactly. You see, there’s more to it than meets the eye. The Egyptians were wise to them, you know.”

“Wrong. We at SETI never kid. A simple ‘kid’ from us could start a worldwide panic, so we never kid. Cats are really ET’s, but they lost something of it somewhere long ago. We know this because you lay a laptop down and, if there’s a cat around, BINGO! There’s a cat on top. We even have a website that proves our theory. We put ten laptop computers on the floor and then introduce ten cats into the room and, PRESTO! ten cats on ten computers before you can say ‘Jack Robinson.’

“But my biggest and proudest accomplishment is working on the idea of Global Warming. It happened all by accident, you know. We were having a morning break, sitting outside in the fresh air, and someone said, ‘Going to be hot today.’ And then another said, ‘Hotter than yesterday.”

“In Phoenix, Arizona, and before you ask I’ll answer: July.”

“But, for Pete’s sake, that’s in the middle of summer, and in Phoenix, no less.”

“I knew you were a doubter when I first laid eyes on you. I remember saying to myself, ‘There’s that reporter guy that the wife watches every night. He looks like a doubter to me.’ And you are a doubter. Right again.”

“I don’t think you’ve ever been right in your life. Cats as ET’s and Global Warming: you’re all a bunch of loonies. And what’s with this ‘panic’ nonsense? So what if we’re ‘not alone’? That’s no reason to panic.”

“Oh, yes it is, because that’ll mean we’re not at the top of the food chain.”

“I got a news flash for you: the mosquito is at the top: all we are is just a food source.”

“Well, you asked what I did for a living and I told you.”

“Which you did and I thank you, I think. Who pays you, by the way?”

“Governments from around the world. They ask us to come up with tax schemes. I like our newest: the cat one. People with cats would be charged with what we would call a ‘HARBOR TAX’. You know, like when ships moor in a harbor they have to pay for the privilege. Well, so do cats for staying on our planet. Now obviously cats can’t go out and get a job and make money; let’s not get ridiculous. No, we tax the people who have cats. Have a cat? It’ll just cost you $10 USD a year, worldwide.”

“Did you just say ‘Let’s not get ridiculous’? Where does the money go to, by the way? Who collects? Must be one heck of a lot of cats in the world.”

“Half goes to the governments that the ET’s reside in; a quarter goes to SETI and the rest to Al Gore.”

“Because he bought us all lunch the day we came up with the Global Warming hoax, oops, SETI fact.”

“We like to say, ‘SETI fact’ for clarification purposes.”

“So there’s no Global Warming and cats aren’t really ET’s?”

“Look, we all have to make a living. Give a guy a break, will you?”

“And we’ve just run out of time. Thanks for watching and, on behalf of my crew, I’ll be wishing you all a good night: Goodnight.”

“Man, what a wacko. This is one burger we really deserve. My treat.”

One Response to "The Egyptians Mummified Cats (RR)"