AT WHAT COST IS PROTECTING ONE INELIGIBLE CANDIDATE WORTH? 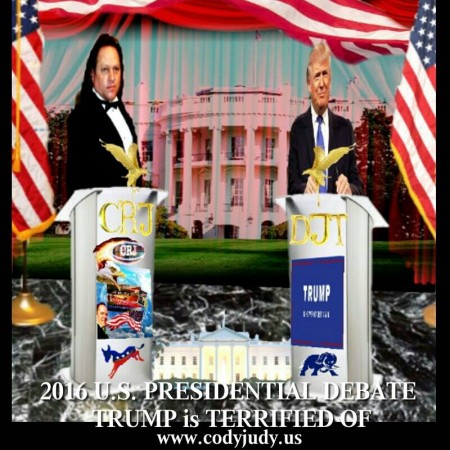 (Feb. 24, 2016) — There are a few things that a “Conservative” dislikes more then being proven to be anything but conservative. The vicious veracity the “conservative” hang-man Glenn Beck has heaped upon Mr. Trump lately for what he’s termed a “Constitutionalist” in U.S. Senator Ted Cruz can only be seen as the foulest of conservatism as neither Glenn Beck or Ted Cruz honor anything about the qualifications of [natural born Citizen] in the Office of the President’s Qualification in the U.S. Constitution; both avowing to be standing up for the Constitution, both doing nearly everything in their power to subvert the core of it in the Office of the President.

In fact, Glenn Beck said this morning in his monologue that if Donald Trump were elected that conservatives would loath him in two years to a point that they would give their right arm to have Obama back in office. This was a powerful statement he wished recorded and put on record, so I’m obliging him of that.

Indeed, Glenn has been a big contributor to Obama’s 7 years in decrying Birthers as “Idiots” and “the fringe elements” and it may well be 2 years after Obama leaves office that the damages of Obama comes to a full fruition with a debt or economic crisis worth 10 Trillion Obama’s pen signed off on as a usurper in the Office unqualified in the Executive Branch that Glenn might look forward to with his right arm as collateral damage.

In fact Glenn gave us all a great insight into his ‘prayers’ to God and the answers he has received that he doesn’t even fully understand yet in his great contribution to Obama in not standing up against his ineligibility. Glen said in affect that he kept hearing in is prayers that [“Silence” was an actual contribution], of course he was referring to the silence of those who don’t appose Trump but do nothing in action to stand up against him as they decry his politically incorrect speech and stances, but ask among themselves “What can we do?” and hear crickets or silence. Glenn supposes nothing amiss at his silence on Obama’s ineligibility or his silence on Cruz’s ineligibility. He is blind to even what the Spirit is telling him.

As Glenn spoke I immediately thought of the pleas for his support in my stand for the U.S. Constitution’s Core Qualification in the U.S. Supreme Court Cases 12-5276 and 14-9396 that only a [natural born Citizen], i.e., Born in the U.S. to Citizen Parents] or a [Citizen] at the time of the Adoption of the Constitution be allowed to be the Head of the Executive Branch of our Government as President and Commander-in-Chief. Perhaps he feels getting U.S. Supreme Court case numbers is easy and he can roll them out of his wallet like credit cards?

I’m not sure what position named in our U.S. Constitution Glenn feels would be the best to surrender as far as qualifications, but I’m guessing that there is a good argument, that the Framers had for issuing such a principles qualification unique to the Office of the President that no other office named in the U.S. Constitution had which required total allegiance to America and no divided or fractured allegiance either by soil or parents.

Of course Glenn’s stand is easily comprehended with his support for Senator Cruz. Glenn believes a fractured allegiance in the Commander-in-Chief’s position is a good thing and one that our Founders would approve of. He has no comprehension of a positive incentive to propagate a new Nation of Americans that holding the office of the President in reserve to those who persevered two generations might claim.

Glenn further exacerbated claims against those who support Trump by wielding the carpet bombing “Nationalist” sword of communism, saying how dangerous ‘Nationalism’ is with the reminders of Hitler’s “nationalist socialist’ state and not giving any deference to an American Individualist Nationalism that is in harmony with the principles of the U.S. Constitution that just might do us some good – especially against those wishing to tear into American Sovereignty. Indeed, the Globalist or Elitist Oligarchy who has their sights set on exploiting slave labored products from foreign shores with cheap or slave labor to enrich their pockets with the consumers of capitalism care little for Borders or a Wall that simply becomes burdensome to their profit margin. In fact, why don’t they just honestly ask their congressman to repeal the 13th Amendment that rid America of slavery if they are going to free-lance in the slavery trade?

Obama has with his pen signed off on a 10-Trillion-dollar hike in 7 years which amounts to an escalated sales price of 70 Thousand dollars for every man, women, and child in the United States. He’s practically sold us all in to slavery and not a constitutional eligibility whimper out of Glenn Beck’s mouth or his megaphone, The Blaze?

Now, if there is a silver lining in the phenomenon of Mr. Donald Trump it has been that he’s suffered being called a racist because he thought Barack Obama should show his long form Birth Certificate. After three years in office Obama finally did, but what he showed has been called a fabrication or forgery by law enforcement investigation. Even with this discovery, a Republican-controlled Congress in 2010-16 and Senate in 2012-16 failed to lift their finger for so much as a hearing.

Perhaps this is because they emphatically knew that their own Cruz ship and Rubio Row boat was coming ashore that Glenn Beck supports as eligible? Cruz born in a foreign country to a foreign father has similarities with Obama; Rubio was naturalized by the 14th Amendment born of foreign parents – both men have fractured allegiances to the United States of America and by their own foreign based dual-citizenship’s and volition to run for the Office of the President prove their disloyalty to the Qualifications of the Office of the President which is the Core of the Constitution. The President wields the most concentrated power of any office in the Supreme Law of the Land. There is good reason to have un-fractured allegiance be true- blue American in that Office. Take a look at the claims of foreign governments just for starters.

Democrats Have a Secret – Trump Camp is Terrified! added on Wednesday, February 24, 2016