“WE CANNOT REST ON ONE MOTION” 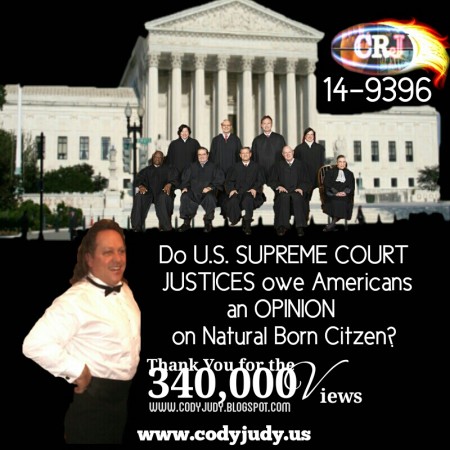 The Motion to Reopen and Reconsider the Motion for forma pauperis was a concerted effort among Patriots who are very concerned the qualification for President is being run over roughshod and bullied through by popular personality antic-politics, whose motive is self-serving to the particular politicians subscribing for power rather than serving the People through the Constitution.

That’s always been the problem when it comes to position and power with politics; and if you asked any foreigner whose is a politician if he or she would like to be President of the United States and the Commander-In-Chief of the Military of the U.S.A, you’d have to be delusional to say they wouldn’t like a chance at that seat.

The ways and means to overthrow the USA from within is tantalizing and the Office of the President both a strong check of authority as the highest ranking Office in the whole Executive Branch and a weak link as the Judicial Branch and the Legislative Branches power structures are diversified into many elected and appointed positions.  The concentration of power needed in the Office of the President for Quick Action makes it a Prime Position for an over-throw or usurpation and thus must be guarded with all and due diligence.

The qualification for the Office of  the President are not to be taken lightly or treated with trivial fanciful, or air-headed requite. The duty to the [natural born Citizen] requirement of the U.S. Constitution has been guarded strongly in the Congress with eight attempts to change the definition just since 2004 soundly defeated.

The Principle has been fought for house to house, town to town, city to city, state to state, in the Social Venues of our Time and the Judicial Branch. Claims of winning a change by the technicalities of [standing] the Judicial Branch has been bound to honor have clouded the vision of many people who call it ‘RESOLVED’, when it is continually Tested and bombarded with the cruelest intentions and tricks of political deceit.

Those politicians either co-opted by favor, or unwilling to spend the money to defend the Principle clamor over it in the 2016 Election that has nothing to do with Obama. This should tell everyone it is not RESOLVED as to the question of many different and varying degrees of citizenship honored by statute and naturalization processes that Congress is afforded. It is not [Citizen] that is the question, but it is [natural born Citizen] that by the very degrees and claims by Sen. Cruz and Sen. Rubio have to do with both conferred status by jurisdiction of Place and conferred status by Parents.

In the banana split of the Main Stream Media is the melting ice cream mixing and matching with confusion all the flavors of Title 8 § 1401 a-h Statute [Citizen]ship, which is not [natural born Citizenship]. Along with the big bananas on the side that are claiming the 14th Amendment defined by naturalization powers of Congress is something that was never intended or legally seen as a replacement to the qualification of the Office of President’s [natural born Citizen]. 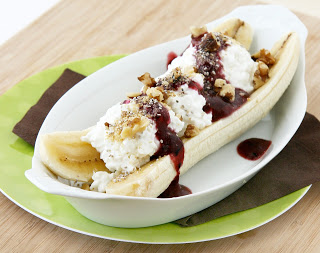 Of course we as the USA are a mix of lots of these different ice creams and flavors, however, we reserved the Office of the President as something very special. May the Cherry on top that represents an incentive for those who come around to stick around and propagate American Culture.

Born in the U.S. to Citizen Parents represents a TIME period that is an increase of responsibility. Just like there is a difference between the TIME period of Citizenship for U.S. Representatives and U.S. Senators there is a two generation TIME period in place in the natural born Citizen qualification requirement for the Office of President that has been UPheld and should be honored as Law not as a joke about Birthers.

Of course Mr. Donald Trump has said he doesn’t want to spend any money on legal fees, he wants to save the money rather than see to it the Principle of [natural born Citizen] is upheld within his own Republican Party. This mirrors the ‘go along to get along’ mentality that the Establishment Republicans have managed to infuriate their entire base into supporting someone who is not part of the Washington, DC Establishment, but isn’t the ‘mentality’ to not fight for the Constitution the same?

With the help of a few faithful donors over the last week we have raised $150 dollars that have provided the expense of printing and mailing the copies required of this Motion to the United States Supreme Court, but we need more help. We cannot rest on one Motion. WE need you and your help with a Campaign, the only one who is preserving, protecting, and defending this very CORE PRINCIPLE.

Come and join us if you feel about America’s Constitution the way you do about your spouse or family, that you would do anything and everything to protect them the way you love them.