Reality on Guarding Another Rock Pile

“ANOTHER DAY OF TRYING TO STAY ALIVE” 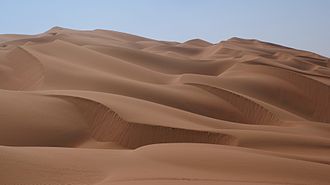 (Jan. 29, 2016) — [A note to the Readers: What you are about to read is based on a conversation I had recently from some of our National Guardsmen upon their return from a tour in Afghanistan. Take from it whatever suits you. It may be true, and then again it may have been somewhat exaggerated for my benefit.]

“Another day of trying to stay alive.”

“I hear ya. I hear tell they sent us a raghead, is that true?”

“So now what, we go out on patrol and they know the time and place, then BAM! there goes a couple of arms, legs, eyes and a lifetime of PTSD, is that the story? And if the raghead dies, so what? while we spend a lifetime of therapy after our wives leave us because we can’t deal with it so we shoot ourselves, otherwise known far and wide as ‘eating a bullet.’ Heck, why don’t we make it easy on everybody and do it now? Save a lot of pain all around.”

“That is true; however, accidents do happen from time to time. Now, if we were in the Navy it’s quite easy to have someone accidentally fall overboard in the middle of the mid-watch. Stuff happens: people are lost at sea all of the time. Maybe a giant squid gets them; who knows?”

“Right, saved by a giant sea monster. But we’re not in the Navy; we’re stuck in Sand Land.”

“Do not despair, ye of little faith. Maybe he’ll be issued a defective grenade or accidentally shoot himself while cleaning his piece. No reason for you to buy the farm; let him do it.”

“Gee, never thought of it that way. Why should I be the one to take it; why not our raghead? Maybe we go off on patrol and he gets shot by accident; falls off the truck? Yeah, it’ll work. But our traitorous Joint Chiefs of Staff will probably just send us another one.”

“Look, all we can do is to we deal with the here and now, okay?”

“Right. So we go and sit on another rock pile tonight? Is that still on?”

“Still on, and the raghead knows the when and the exact where, but here’s where we’ll fool him. I’ll tell him he’s ‘on-point’ and send him to the designated spot and sit back and watch his friends send an RPG his way a couple of hours later, or sooner. Anyway, that’s plan ‘A’. We assemble at 2000.”

“Hey, Tops, you’re all right. Thanks, I guess I was going off the deep end.”

“Don’t worry about it. Later.”

“What you and Tops talk about?”

“Nothing much. Just we’re to go out to that same stupid pile of rocks again tonight. Lets go grab some chow: hear they’ve got burgers tonight.”

Reality on Guarding Another Rock Pile added on Friday, January 29, 2016