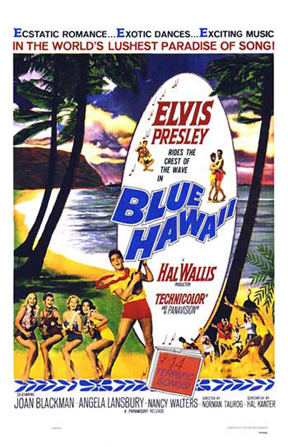 (Dec. 23, 2015) — “Welcome to yet another exciting potentially award-winning episode of ‘Pulse of the Nation,’ ladies and gentlemen. And yes, as you can see, we’re in Honolulu, Hawaii, to do our regular street interviews, maybe get another perspective on how our fellow citizens view the unfortunate demise of our country from the far, far West.

“Excuse me, sir, Roving Reporter here for ‘The Pulse of the Nation.’”

“No, you’re not excused, Mr. Roving. Why, the nerve; just what do you think we are, a bunch of hicks? Just because we’re smack-dab in the middle of the Pacific Ocean, with nothing but thousands and thousands of miles of nothing but water, water that you can’t drink, water that’s teeming with Box Jellyfish, the Great White Shark and venomous sea snakes, we get the news the same as you: via satellite. Remember when you were informed that the Birth Certificate that the White House released a couple of days before LTC Terry Lakin was released from Leavenworth was a forgery – a complete fake? Well, we heard it the same time you did and not like a sea voyage later, fighting off serpents, storms and scurvy.

“Hawaii is a great place, and for you to infer that we’re somehow backwards really ticks me off. You think we survive on the tourist dollar; we wish you people would just stay home and watch reruns of Hawaii Five-O instead of coming here. Our new industry is based on Welfare and Food Stamps, if you care to know. We have thousands of beach bums, or, to tell the truth, just bums, who do nothing but OD on drugs; but, believe it or not, that sustains our economy.”

“The formula has worked in the big cities on the mainland for years, and it goes like this:

Give us your poor so they just aren’t poor no more;

Lay the goods out in the open so it’s easy for them to score;

Have the bums commit crimes to keep the police in power;

Keep the lawyers and judges working overtime in the ivory tower;

Have the nitwits overdose and get maimed by drive-bys;

Rush them to hospitals where the employees live in a high-rise.

“It goes on, but you get the idea, like, gee-whiz, our kids are dumb so let’s throw more money into public education by building bigger and better schools and giving the teachers even more money to teach Johnny how not to read, speak, write or the intricacies of applying for a library card or balancing a checkbook. No, we’re just as messed-up as the rest of America, so we don’t need any tourists to rob, rape or kill to make us even more so.  To listen to our politicians, that’s exactly what they want so more federal dollars trickle down our way, which is the polite way of saying even more federal – taxpayers’ dollars — in the politicians’ pockets.

“But before you ask, ‘What happened’, let me say one word: Obama. Let me tell you something, and you out there on the mainland, listen to this: there’s only one person in all of our islands who believe that the de facto president Obama was born here, and that’s some hot-sun-brain-baked tortoise in one of our zoos. A tourist attraction if there ever was one.”

“How long have you lived here?”

“All my life, which is 68 years. Born right here in Honolulu on October 5, 1947 and only left to join the Navy to see the world – which I did – and came back home and here’s where I’ve stayed. I was around for Statehood, which was a fun and a proud day, for sure.

“But our proudest day, a day that will be remembered forever, is the day they closed all the schools and it weren’t no natural disaster or holiday, but it was a holiday just the same.  ALL the schools on ALL the islands, public, and private, you name it. I can tell you it was a bigger day than Statehood, and I can say that because I saw each of them up close and personal. During the time of the Statehood I was selling flags of Old Glory for the Cub Scouts, and the day I’m talking about I was in school, right here in Honolulu. They even used the school buses to take us out to the airport and to places along the road into town.”

“I’m sorry, but you lost me somewhere down the line. What day are you talking about, a day bigger than celebrating Statehood?”

“Oh, I’m sorry. I just assumed everybody knew. The day that Elvis came to town for the first time, to film Blue Hawaii.”

“They closed the schools on all the islands? No lie?”

“No lie. They didn’t even do that for Obama, the first time he landed as the de facto president.”

“Well, I was going to ask you about what you thought of the political situation, but I guess you said it all.”

“Not quite. The American people think that we’ve a two-party system, and if nothing else, Trump has exposed the hypocrisy of those pundits who try and sell us — every Sunday morning, going back forever — that we do. We know that Cruz and Rubio are, as Obama, Constitutionally ineligible to be president. It is plainly written in the Constitution that the mother and father of a president must have been citizens of this country at the time of a president’s birth. Cut and dried; plain as day.

“The reason why all the other Republican candidates are upset with Trump – who ought to stop talking like a businessman and start talking as if were the POTUS — is that the Republican Party kept them from publicly supporting the law that deals with illegal immigrants: deport them. It’s not complicated in the least, and you don’t reward people for breaking the law, unless, of course, you’re Obama and have a bunch of dumb losers running the DOJ, which we do because they are.

“Take Hillary, for instance. I’ve one question: why isn’t she in jail, if for nothing more than stealing stuff from the White House, let alone the total disaster that she left in her wake after her stint at the helm of Secretary of State?

“Look, I’ve to meet the wife for breakfast that also serves a good burger for lunch, so if you care to join us you’re more than welcome to.”

“You’re on. Well, viewers, Hawaii is up-to-date, and we heard it from out of the horse’s mouth; no, that’s not right. We heard it from an old horse? Anyway, we heard that Hawaii isn’t in the time warp that I thought it was. But they don’t cotton to tourists like they used to; presumably they don’t rely on the tourist dollar as they once did, before Obama wrecked our economy, all part of the ‘Hope and Change’ big lie, no doubt. This is Roving and crew from the streets of Honolulu, Hawaii, saying goodnight: Goodnight.”

“Great show, guys. So you were in school and, then what, they said ‘Let’s see Elvis,’ just like that?”

“Oh, no. Everyone knew Elvis was arriving: the day and the time his plane would be landing. People starting arriving at Honolulu — days before Elvis landed — from the other islands, just to get a chance to see him. My class was lucky: we were chosen to be in the movie, and we were: the last scene, where they get married, I’m one of the kids in the background. I was on for less than three seconds or, as I like to say, for over two seconds. I had a copy of one of the frames I’m in blown up, and it’s been hanging in our living room for 20 years.”

“Yes, I did, but just that one time, during the filming of that one scene. He wasn’t really signing the ‘Hawaiian Wedding Song’ then; he recorded it earlier so he was lip-syncing it, but they had it on loudspeakers. He was a very generous person, and after he left there were a number of mysterious donations to children’s hospitals throughout the Islands whose donor nobody knows. Some think the mysterious donor was Elvis; nobody ever said. Frank Sinatra was the same way. I believe it’s a form of tithing.”