“SOWING THE SEEDS OF RUIN” 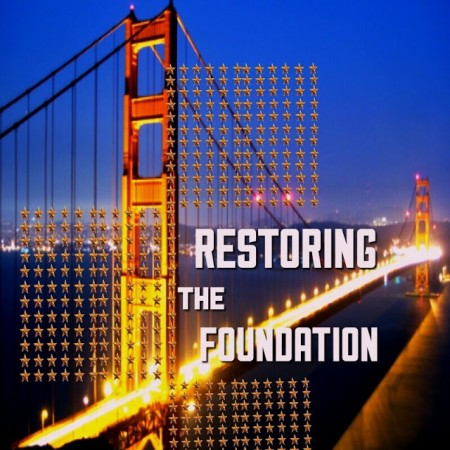 (Aug. 6, 2015) — He’d just been sworn in and elected unanimously by the Colonies, can you imagine the burden upon President George Washington? Would he be the last President? Would the Nation survive the Revolution? I turn back the pages to his first inaugural address because as his brown suit, silk socks, silver buckled shoes dark red over coat and steel-hilted sword was fitting best for his time his words have lasted fitting for our time. Here are just a couple of golden nuggets of his inaugural speech:
———————–
“No People can be bound to acknowledge and adore the invisible hand, which conducts the Affairs of men more than the People of the United States. Every step, by which they have advanced to the character of an independent nation, seems to have been distinguished by some token of providential agency.

“The circumstances under which I now meet you, will acquit me from entering into that subject, farther than to refer to the Great Constitutional Charter under which you are assembled

“Since we ought to be no less persuaded that the propitious smiles of Heaven, can never be expected on a nation that disregards the eternal rules of order and right, which Heaven itself has ordained: And since the preservation of the sacred fire of liberty, and the destiny of the Republican model of Government, are justly considered as deeply, perhaps as finally staked, on the experiment entrusted to the hands of the American people.

“Having thus imported to you my sentiments, as they have been awakened by the occasion which brings us together, I shall take my present leave; but not without resorting once more to the benign parent of the human race, in humble supplication that since he has been pleased to favour the American people, with opportunities for deliberating in perfect tranquility, and dispositions for deciding with unparellelled unanimity on a form of Government, for the security of their Union, and the advancement of their happiness; so his divine blessing may be equally conspicuous in the enlarged views, the temperate consultations, and the wise measures on which the success of this Government must depend.[
————————-

The Presidential Republican Debate Stage offends no one except our Constitution and our Creator.  By the Great Constitutional Charter of Laws that we have been given and charged to uphold by the Creator, let us hold no offense in that duty,- Should we not consider the central feature and nucleus of that to be the Office of the President?

The foul discharge of those so flippantly asleep at the wheel of their duty to uphold the ‘natural born Citizen‘ qualifications charged to the Office of the President i.e., Born in the U.S. to Citizen Parents, yet parading around the debate stage of this Great Country for that exact office with not so much as a word about the dereliction of that qualification snuffed by Sen. Cruz, Sen Rubio, and Gov. Jindal, sons of this land who were given so much and yet were not satisfied with honoring our Constitution so that they might be honored.

Yes, they are those upon the debate stage who all of Heaven now holds their noses at for the stink consumed in them, as well the devil inside the Office now unqualified, a usurper, and a fraud upon the American public who yes, put him there, but under the auspices of the lie and the fraud conveyed by those who should have been more responsible as gatekeepers.

These things cannot be hidden from the All Seeing Eye who our first President said we were so very supremely indebted to have received a grace favored above all Nations. I pray for these brothers and sisters unceasingly the cause of the tears upon my pillow at night in the hope somehow we all shall not be laid to rest under the auspices of those who have lost their Constitutional minds with the infirm as we sail down the steep hill with not so much as a rudder or a steering mechanism just hoping we don’t hit a bump that sails us out so far that death is immanent and out future generations cursed for the slop we served them for dinner.

How am I the only one who has stood up for this by my Record in Federal Court against McCain/and/Obama, exercising my rights of standing for all our Nation- for all Americans- against those running afoul of the Office of the President in both parties? How are they so willing to party with the devil and expect their duties to be fulfilled unless they are themselves heirs of damnation? Certainly not by my word, but I have a very hard time not seeing it in our first President’s words and the Debt of $18-20 Trillion manifesting real trouble and unsound judgement.

And yet unbelievably, America cannot see this and to the tune of millions of dollars supporting and funding the Unqualified Candidates Campaigns. I just do not know how we escape the rewards of dereliction? We reap the bounty and goodness, but we have sown the seeds of ruin. How shall we avoid those ill-gotten; the rewards of those bad seeds? Do we think for an instance that they shall sprout green leaves with peaches, and apples, and rewards for us to harvest that are just delightful?

Yet my American brothers and sisters, do I have hope? Oh yes! Oh Yes! Oh Yes! My hope is in the witness of my Record. For if there was no hope, there would be no Record at all! I testify of the Spirit of Great Hope that has fallen upon me, not boasting of myself, but rest assured our Nation has not come to ruin as so many think. How is it possible that I of my self would have had the strength and vicissitude of this Record myself? I tell you right now I wouldn’t.

For the Promise of our Union I am encouraged if nothing else by this witness that I can not run from or hide as it is so open to the public. As I thought about these things I reflected on such pioneering enterprise that has come to us as a Refiners Fire. The tooling, and sanding, and sealing of the beauty of our Nation. We we hold dear by so many who worked so hard to even hue out of stone the faces of Mt. Rushmore and caused by the Spirit of Liberty the Statue in our harbor, and crossed the channel of San Francisco with the Golden Gate Bridge and I decided that would be my Campaigns Celebration in our next Commercial.

Let me Introduce to you: BUILDING AMERICA

Tonight is the Republican Debate and those I feel the sorriest for actually are scheduled for the 5PM Debate as they missed the Prime Time Debate to those who are unqualified. Texas Governor Perry seems content to keep his mouth shut about his own Senator from Texas being a Canadian Born son of a Cuban/Canadian father and in no way, shape, or form a natural born Citizen qualified for the debate stage. But it sure is U.S. Sen. Ted Cruz taking away Governor Perry’s podium in prime time.

What can you say about that? You would think Governor Perry would have learned by now how important the ‘natural born Citizen‘ qualification is to the Office of the President but apparently that is not the case. We do not need that kind of a President anyway now do we. There’s one in the Office of the White House now, so Governor Perry’s mouth shut about it is indeed an embarrassment to this Nations Founding Charter.

Rick Perry, Carly Fiorina, Lindsey Graham, Jim Gilmore and George Pataki are among the Candidates who are on the 5PM Debate. They share the stage with one who isn’t a natural born Citizen – Governor Bobby Jindal. Very smart, distinguished, educated, and awarded the Office of Governor, but thinks so little of the Constitution in running for Office of the President he’s considered constitutionally illiterate and will go down in history the shame of Louisiana as he collects money by fraud for an office he is not qualified for. Is that terrible?

Of Course Gov. Rick Perry and Sen. Lindsey Graham are the two biggest losers to Sen. Cruz and Sen. Rubio as Sen. Graham put it, “This Nation will never elect a Birther.” What a disgraceful remark about our Founders and Framers national security protection he has squandered at the behest of his blessings of elected office. Rick Santorum had at least the gall to call the Debate an ‘Insult to the Voters‘, but for reasons I suspect that are different than why I do.

You know in that remark Sen. Graham was putting Mr. Donald Trump in the cross-hairs but I think he fired his gun and the dang thing is going to chase him the rest of his life with a back-fire he’ll be running from on his own telephone haunt. That phone’s going to be around a long time and no matter how hard he tries to destroy it, its still going to ring in his head.

Look how positive CEO- Carly Fiorina is:  “I look forward to answering questions on Thursday in Cleveland. I continue to be encouraged by the support of conservative activists and grassroots Republicans across the country,” Fiorina said in a statement.

Perhaps one of the ‘conservative activists’ passing her way should ask her if she’s even read the Constitution yet or knows what the qualifications are for the Office of the President she’s running for? If she has read it, and knows, then again she is an embarrassment to the Constitution and to God in the Supreme Law of this Land and she has no business in the Race for the duties of that office.

Sincerely, your 2016 Candidate for President

Help Support Cody Robert Judy’s Campaign for President Cody is doing what not even Mr Trump or any other Republican Candidate for President can do. Remember – Principle over Party!

President Republican Debate Stage – Offends No One Except The Creator & Our Constitution pb added on Thursday, August 6, 2015