“THE ENCROACHMENTS OF THE NATIONAL AUTHORITY” 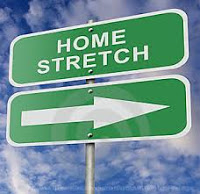 (Jul. 3, 2015) — After a month and a half of litigation noise, the first lap of my Article V lawsuit is heading down the home stretch.  After the case  was removed from D.C. Superior Court, I moved to remand it back.  Defendants McConnell & Boehner objected to my motion to remand.  I replied to their objection.

Meanwhile, Defendants McConnell & Boehner moved to dismiss the case arguing (i) that the Court did not have subject matter jurisdiction, (ii) the Speech or Debate Clause prohibited the Court from getting involved and (iii) my suit presents a non-justiciable political question.  I have filed my Opposition to that Motion to Dismiss.

I also sought the Court’s permission to convert my lawsuit to a Class Action naming 100 Senators and 435 Representatives as Defendants.  Might as well make sure everyone comes to the party.

So, as we say in the legal world, the issues are joined so that Court can now move forward and decide.  I will spare you the technical legal argument raised by McConnell & Boehner and leave you with Federalist No.: 85 by Alexander Hamilton:

It is this: that the national rulers, whenever nine States concur, will have no option upon the subject. By the fifth article of the plan, the Congress will be obliged “on the application of the legislatures of two thirds of the States [which at present amount to nine], to call a convention for proposing amendments, which shall be valid, to all intents and purposes, as part of the Constitution, when ratified by the legislatures of three fourths of the States, or by conventions in three fourths thereof.” The words of this article are peremptory. The Congress “shall call a convention.” Nothing in this particular is left to the discretion of that body. . . .  We may safely rely on the disposition of the State legislatures to erect barriers against the encroachments of the national authority. (Emphasis added).

Now we wait and see what the good Judge Boasberg has to say to all this.