“MAY THE GHOST DEMOCRATS CHOOSE COME TO HAUNT THEM” 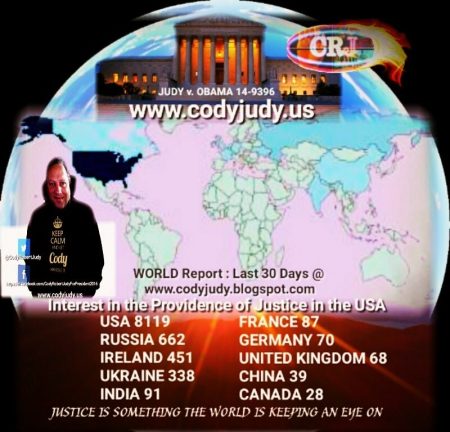 (May 23, 2015) — The NEW YORK TIMES article released hours ago, hints the window may be closing for Hillary’s Candidacy if you have followed the recent Clinton Cash and Clinton Email debacles tormenting her headlines and putting a bad taste in the American Baked apple pie of the Clinton Camp: but the window is closing faster on Hillary’s chance to actually lead by filing a brief in Court that could place the nail in the coffin for Ted Cruz, Marco Rubio, and Bobby Jindal. The problem: it also places the nail in the coffin for Barack Obama.

Hillary Clinton faces a decision that actually requires early leadership in her Campaign which may just be the same decision that blew the tires out of her 2008 Campaign by not putting Barack Obama’s lack of Constitutional Qualifications to the test. Not seizing an opportunity to indirectly take Rubio out now is one the Clinton Camp could come to regret in a 2008 repeat of defeat, or self-fulfilling prophecy.

Hillary’s Camp was a Birther against Sen. John McCain Mid-Stream in 2008; also A FEATURED New York Times Article “Hint of New Life to McCain Birth Issue if you recall, raising questions and then succumbing early based on Obama. Articles HERE and HERE. If Hillary Clinton doesn’t file an amicus curiae in Judy v. Obama 14-9396, she has just made the second biggest political mistake of her life not taking out three top tier Republican Candidates. The first was NOT doing it with Obama and the New York Times just put the “Birther” writing on the wall.

Remember this? She’d shaken hands at a factory gate in Toledo, Ohio, then before flying to Texas held a media availability where she said: “Sen. McCain brings a lifetime of experience to the campaign. I bring a lifetime of experience. And Sen. Obama brings a speech he gave in 2002.” If it didn’t work well in 2008, how well is that strategy going to work in 2016 against Sen. Marco Rubio that even the Blaze ran a story on early in 2011 referencing what has become the stand in the U.S. Supreme Court in Judy v. Obama: that natural born Citizen means “born in the U.S. to Citizen Parents. This is a two generation protection from foreign alliance/allegiance for the Office of the President in the interest of our national security? If national security is not an interest in the Republican Platform to pick a bone with I don’t know what is.

HAVE DEMOCRATS LOST THEIR FIGHT FOR CIVIL RIGHTS

If Democrats have lost their will to fight for Minorities that’s another story. Of course I am not being paid to counsel Hillary Clinton and if she was faced with facing me or a handsome Cuban who brings women to tears and pulls the heart strings right out of your chest with the humble immigrant story as the New York Times Report capitulated multiple times referring to Marco’s parents as immigrants of Cuba who did not become U.S. Citizens until their son was four years of age, WHO do you think she’d rather face? This then proves Rubio qualified as a Citizen to be a U.S. Senator. Rubio remains unqualified to be U.S. President for failure of being a “natural born Citizen“. The Standard has served America well as a wall from foreigners seizing the reins until the wall was cracked with Barack Obama. I say cracked because its not busted down yet, but is teetering precariously from assault.

One Response to "New York Times Hint – Clinton Build on That Birther Wall?"