“INEPTITUDE,” OR SOMETHING ELSE? 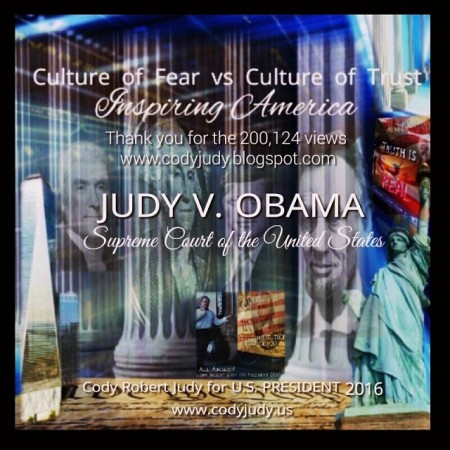 (Apr. 20, 2015) — In the interest of so many people wanting to know where the Writ of Certiorari is and why it has not yet been docketed in the Supreme Court of the United States up to this date of April 20th, it having been served and noticed on this blog and featured in editorials here and here, it has come upon me to explain or perhaps redirect focus to where I have found the troubling storm to be in the Supreme Court of the United States.

It is not my wish to draw a scathing picture of criticism or ineptitude upon the brilliance of what is considered the highest Court in the United States of America, and I have sat on this very frustrating experience since the Court received and returned my Writ of Certiorari stating to me something that just was not true, that my Motion for Informa Pauperis and Affidavit to the Supreme Court of the United States was not ‘signed’.

Indeed, this was not true; clearly there are two signatures. It was a false statement made by the Office of the Clerk of the Supreme Court of the United States. You’re right, you would not expect that. I mean, it’s the Supreme Court with the top brass of scholastic legal achievers coming out of great schools and high recommendations. Let’s face it, there are not too many who get to Clerk for the top Court in the Nation. This is what makes this so disconcerting and inviting to the distortion of the administration of Justice.

With the discretion of the glass being half full, Court error and mistakes indeed can occur, and it no doubt would be the ‘justification‘ of any Clerk of the Court, but you know there is a standard of difficulty in filing a Writ of Certiorari in the Supreme Court of the United States. Shall we say those that have done it know, and if you haven’t tried it you wouldn’t know. If you’ve paid for a lawyer to do it you did understand it wasn’t cheap and it was a much bigger deal than filing a motion.

Because the Court Clerk of the Supreme Court of the United States passed the writ of certiorari as acceptable by not objecting to any part of that in the letter, the only objection or discretionary review that was troublesome to the Clerk was really a complete bewilderment to me. The court clerk stated there was “no signature” on the Motion and Affidavit to proceed with the cost of the proceeding deferred in what is referred to as Informa Pauperis status. There was, though. Both the Motion and Affidavit were signed and dated March 30th, 2015, which is the same date the Clerk noticed or acknowledged it was postmarked.

Indeed, we must all scratch our heads about this because on page 2 of that Motion and on page 3, which was the Affidavit, is a big fat signature with a date of March 30th, 2015. Now to complicate this just a little bit in so doing the Supreme Court advises that the ‘writ of certiorari’ cannot be altered in any way as to content. That affirms there isn’t anything technically or majorly wrong with it. The backhand to the face comes to the petitioner with the declaration from the Court clerk that the whole petition with the altered Motion and Affidavit must be re-served upon the Defendant/Respondents. The approximated time or purpose in requiring just that basically is, shall we say, an extra thirty days, more printing cost, and is very burdensome upon the poor or economically challenged class that I myself understand. The disadvantage also cost me a back seat to the Court’s schedule and term in 2012 as the back-and-forth went on something like six times before being docketed finally when a bunch of other cases came up from Georgia that oddly had no Presidential Candidate in them. This of course is an easy shuffle to hide if you wanted to do that sort of thing.

As I said, most people don’t know what’s involved. Just to review for those not filing informa pauperis status, forty copies of a 54-page printed document in booklet form are required.  The cost with the $300 dollar filing fee just for printing and service for mine would be $1386.81, and you can imagine if it cost that much to print it’s going to cost a lot more for an attorney to write it, especially when the stakes of the circumstances of the writ are factored in. Of course that’s chump change for those making over $100,000 in the land of opportunity in the United States economy able to focus their full-time effort in doing just that.

But what about those like myself, who are concerned about the opportunity being protected? We have and are dedicating and focusing so much effort into seeing that it is protected that our time is taken, and also is not compensated for? Elected leaders get a paycheck every month that you, the taxpayer, have signed. If you lose elections you don’t get a paycheck.

Barack Obama has been getting a paycheck from you for the last six years of half a million dollars, as well as all the Senators and Representatives with their compensations and appropriations who have been hired across the nation to represent the people, none of whom, I might add, have taken Obama’s ineligibility to Court. No not one has his name attached to a Court Record. Does that make the principle of the Constitution that the Office of the President be filled with someone who is a natural born Citizen, -Born in the U.S. to Citizen Parents-, less valuable, true, of little consequence if it’s trampled? Secretary Hillary Clinton’s words she wanted to be a Champion, a Champion for the working class People in her declaration and kickoff Candidacy? Where or Who is the Champion of the Constitution’s ‘natural born Citizen‘ clause for the Office of the President?

3 Responses to "BREAKING NEWS: The Ineligibility Storm in the U.S. Supreme Court of the United States Judy v. Obama"