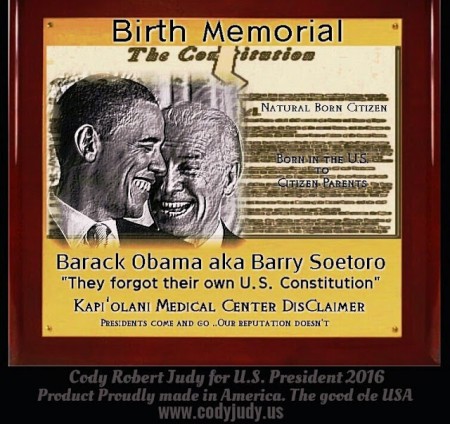 (Feb. 18, 2015) — Senate Majority Leader Mitch McConnell is besieged by the perils of the filibuster, inspite of the added arsenal of the nuclear option in their pocket which eliminates most filibusters when it comes to federal judicial nominees and executive-office appointments that can now advance to confirmation votes by a simple majority of senators, rather than the 60-vote supermajority that had been the standard for nearly four decades before being changed by the Democratic Party controlled U.S. Senate, now a dead horse.

Well, perhaps if one civil term doesn’t work Republicans should try another that has worked for States and Court proceedings considering and placing Obama’s ineligibility in the scales of Justices. Georgia’s Secretary of State Kemp made it a goal to insist if Obama did’nt show up for his hearings he did so at his own peril, perhaps it was just a coincidence that Georgia having Obama’s ineligibility in their Courts also just before the 2012 election received a total of 264 Million in Federal Contracts as well as $650 Million in federal Port expansion contracts.

Lockheed Martin Corp.,Marietta, Ga. (FA8625-11-C-6597P00069), is being awarded a $218,000,000 modification to contract for purchasing additional Coast Guard HC-130J aircraft. The location of the performance is Marietta, Ga., and Greenville, S.C. Work is expected to be completed by May 31, 2016. The contracting activity is AFLCMC/WLNNC, Wright-Patterson Air Force Base, Ohio.

The bowls of cash came on the heels of Judge Malihi’s decision, children born to illegal aliens, tourists and/or terrorists are natural born citizens and eligible to become President about the same time.

So perhaps the U.S. Senate is just not pushing the right levers as they find themselves torn between not shutting the Government down because of Democratic Party filibusters in the funding fight for the Department of Homeland Security to avoid the shutdown of a key federal agency. The DHS budget fight follows an effort among GOP conservatives to roll back President Obama’s recent executive orders on immigration.

Republicans have to realize just about all the favors Obama could hand out have already been handed out, and that still leaves Obama’s ineligibility impeachment trial and the power of the U.S. Senate to hold trials on such in the hands of a Republican controlled Senate, as a way to bring Democrats to the edge of their chairs.

It is certainly not as if the evidence of Sheriff Joe’s Cold Case Posse could not be brought in before the U.S. Senate and certified under oath as well as myself as a Presidential Candidate who has suffered in standing the direct damages of Obama’s illegal usurpation as well as the protections against ‘racism’ that exist from my testimony because I actually have held both Republicans and Democrats to the Article II, Sect. 1, Clause 5 standard of a natural born Citizen being “born in the U.S. to Citizen parents.” It’s not as if actually taking a stand for the Constitution would be seen as ill gotten by anyone when it comes down to it.

Republicans Continue to Lose in the U.S. Senate with Lack of Will for the U.S. Constitution added on Wednesday, February 18, 2015

2 Responses to "Republicans Continue to Lose in the U.S. Senate with Lack of Will for the U.S. Constitution"