“IF AMERICANS REALLY WANT A CHANGE THEY HAVE TO SUPPORT ONE” 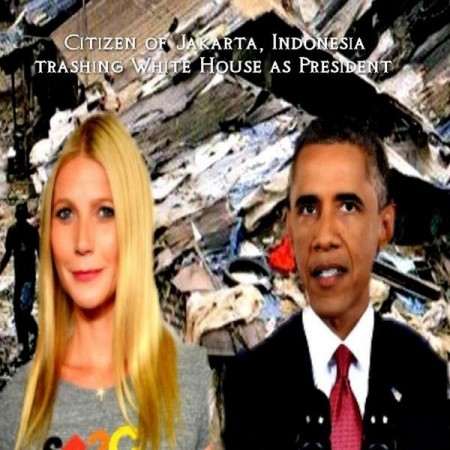 (Oct. 12, 2014) — You know, I’ve been so upset the last week over some developments in my lawsuit against Obama/the DNC/and the Obama Campaign Fund Raising corporations OFA combining to overthrow the U.S.C. qualifications for President and in such overthrow in a coup, the U.S. Government under the standard of the United States Constitution, I haven’t even been able to write about it.

[ What all American citizens need to do, is to file a law suit against Barack Obama (if that’s his real name) and the Democratic Party for endangering every American citizen life, for putting every American citizen’s life in jeopardy for allowing illegal’s to come into this country and bring weapons of mass destruction (biological weapons of mass destruction) into the United States, and then distributing these individuals in undisclosed locations across the United States. Anyone who has lost a loved one should contact her District Attorney’s Office, or the Atty Gen. in their state, and file murder charges against Barack Obama (if that’s his real name) and the entire Democratic Party, if they contributed to the death of your loved ones or children they should be held liable!!!!!!!]

My response:
“Well, I got mine filed…But I’ll tell you from 7 years experience with exactly this; You’ll get dismissed for a lack of standing. Even better why not support people who won’t get dismissed. It cost $1,000’s of dollars to get a law suit off the ground to start with. Doesn’t contributing a few hundred make more sense? If Americans really want a change they have to support one. To Date, they have not.” (link)

People all upset about all these ‘Cover-ups’ and ‘Scandals’ haven’t contributed a single dollar to a candidate who has fought for the U.S.C. on both sides of the isle. I filed against McCain and Obama as a Presidential Candidate with standing. The Media angle is very important to consider. If you fight against Obama’s eligibility you have to fight Cruz’s and McCain’s as well or you are a racist. The facts don’t lie. Do Americans really care about it? Those who say they care haven’t contributed $1. You know, if you could find 500,000 people who care and would contribute $1, you’d find Congress paying a lot more attention. There are 300 million Americans and we can’t find 500,000 to contribute a single dollar? Nope..”

IS IT REALLY A LOSS OF A LOVED ONE OR THE MURDER OF A FRIEND YOU’RE LOOKING FOR TO MOVE?

If your Patriotism is tied to a ‘Band’ or ‘Label’ like ‘Republican’ or ‘Democrat’, you can’t win because you have all these leaders who are compromised. They are entrenched to money, much of it foreign money that is earned here, sent over there, and then returns to support candidates like Obama. You all know his Harvard Education is thought to be financed by a 20 million dollar grant from S.R’s, and he sure didn’t have the grades to get into Columbia from Occidental with a C+ average and there’s a lot of evidence to indicate that a ‘foreign student’ entry forum was used to get Obama in, though no college transcripts have ever been released.

Bottom line is you don’t need college entrance papers proving a foreigner exist in the White House. I mean we have Obama’s own word on his long form Birth Certificate his father was not a citizen at the time of Obama’s birth. To be a ‘natural born Citizen’ both being born in the U.S. to Citizen Parents is considered in the context of most cases in the U.S. Supreme Court the primary precedent case being Minor v. Happersett.

Now if you forget about all that and excuse it, not because it’s the right thing to do but because you just don’t care that much for arresting the fundamental abuse of civil rights upon candidates for President like me who have stood up tooth and nail, be it against Republican or Democrat Candidate Ineligibility, then you are left with a law enforcement’s legal investigation.

That investigation revealed complete forgeries of the short and long form birth certificates as well as a forged draft registration on Barack Obama, aka Barry Soetoro. Bill Sharpe’s request in his post has been adequately represented by legally-qualified persons, but it hasn’t worked and I think the biggest reason it hasn’t worked is that Americans’ fundamental patriotism is severely and justly called into question.

We can get mad at Judges and all of that, but do you really think Judges don’t notice things like your lack of patriotic support?

I don’t think you can find a Presidential Candidate in the whole USA that has a better record, a more sound record for taking a stand on the ineligibility issue of the Office of the President. I chose the record because I could see clearly if you get that office you can fundamental transform American just as Obama saw. Obama wasn’t alone in seeing that.

Sen. Hillary Clinton sponsored the U.S. Sen. Res. 511 for McCain along with then Sen. Obama in 2008 which led to a defeat of Mitt Romney in 2012 for failing to take a stand on the Office of the President’s qualifications. Can we even figure out the cost of that now? I mean it has to rank somewhere in history to the cost of The Tower of Babel which was a completely foolish endeavor from the start, but they kept building on it until God himself put a stop to it.

BREAKING UPDATE OBAMA INELIGIBILITY: What is your “Brand” or “Label” of American Patriotism, Gwyneth Paltrow?‏ added on Sunday, October 12, 2014