SHEDDING LIGHT ON THE ACTIONS OF SELF-SERVING POLITICIANS 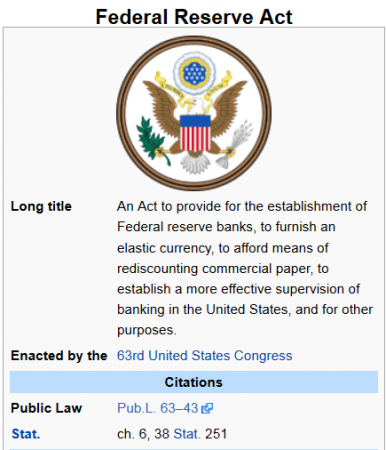 (Apr. 22, 2014) — Most people know only what they’ve been taught, and the best example is that of American economists who can quote and display graphs until the cows come home. I am especially entertained when they say  “carrying a little debt is a good thing.” There’s no way possible that Hollywood can top the entertainment value of the Federal Reserve-Congress Act; they’ve neither the resources nor the stupidity factor. Hollywood is a money-making machine while the Federal Government is some kind of vaudeville farce that we overpaid and of which we demand a refund.

Picture yourself as the CEO of a company that has reached a crisis in employment. For some reason (maybe you were awarded a government contract) you must hire complimentary employees from private businesses or from the government. One or the other. The choice is clear, isn’t it?

So you decided to go with the private sector and they hand you another question: do you hire military veterans or those who have never served?

Okay, now you have to hire an accountant. Again, you are given choices. Do you borrow and then build, or do you save and build along the way? Do you spend within your means or do you become a debtor? Do you pay out dividends or do you defer? Do you act responsibly or do you follow in the footsteps of the Federal Reserve-Congress and borrow money from China under the guise of “stimulus:” buying out private industry and acting, step-by-step, like the Nazis’ introduction of Fascism in 1930’s Germany?

Students of history can tell you quite a number of facts, things that have reoccurred time after time due to a specific reason, because the human animal hasn’t changed all that much, which is why Shakespeare is just as relevant today as it was the day it was written. If you cheat on your spouse it demeans you; if you steal it demeans you; if you lie, it demeans you; and if you have to pay more than 5% (in taxes) of your income, it demeans our country’s ability to have a healthy economy.

I wrote that we need a nationwide flat sales tax. No more IRS and income tax (Federal and State). I put the sales tax number arbitrarily at 20%, but it could have just as well been any other number, as long as it worked to pay our way: no more borrowing. Maybe that number is 10%, or 5%, but whatever it turns out to be, it’s a better system than that which we are using today. The sales tax number is dependent on many variables, such as the price of a barrel of crude and tariffs for imported goods.

And so the impetus for a 5% TOTAL TAX is a distinct possibility, although it’ll never happen as long as we’re shackled with the Federal Reserve Bank and the IRS. Never happen. Now throw in giving China “most favored nation” trade status (China is still in Tibet, and we’re going ape over Ukraine?), continuing to be a debtor nation, and paying the price for relying on foreign energy sources, then it will never happen. But it IS a possibility to be free of the shackles with which our politicians have burdened us.

So we look behind the curtain of ignorance and see light; we see that we’re overtaxed; we see that our Freedoms are eroding; we see our country being overrun by Muslims, illegal immigrants, and police officers who never served a day in the US military; we see a country in distress; we see an imperative to abolish Obamacare; and we see that it’s imperative to replace the politicians who put themselves before our country. We see these things and more because we have a hope for a better future; a future filled with reason rather than capitulation. Honor the Second Amendment.