James Webb is a decorated Vietnam combat veteran who served as Secretary of the Navy under President Ronald Reagan. He served one term in the U.S. Senate from 2006-2012, representing the Commonwealth of Virginia. 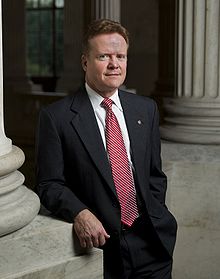