(Oct. 30, 2011) — We are finding the anointed one, Barak Obama,  gaining confidence in his ability to circumvent the Constitution and Congress to implement any rule he desires.  In the last week he has gone on the campaign trail, at taxpayer expense of course, to tell We the People that if Congress is reticent in its willingness to implement the changes he wants that he will do it by executive order, in spite of what the Constitution says. He first suggested he would bypass Congress to implement new home loan guarantees backed by Freddie Mac and Fannie Mae, at the expense of We the People of course, and now has floated the idea that he will minimize payment requirements or forgive student loans by executive order.  Of course, when you get to the meat of the student loan idea it turns out to be a lie to deceive them.  Obama wants to bypass Congress to get the support of these student loan people but not really help them when the rubber meets the road.

I find it alarming that Obama sees himself as the only arbiter of law in the United States, and that he believes he can totally bypass Congress and implement anything he wants to implement.  Does anyone besides me see any similarities to despots around the world, past and present?  Obama’s own party has refused to consider his “jobs bill”, and they aren’t likely to jump into the middle of this rerun of the housing problem this close to an election.  I believe that Democrats in Congress, or at least most of them, see the handwriting on the wall and fear another shellacking like 2010 coming.  Have you noticed there are no sponsors of this “jobs bill” in either house of Congress, not even from Democrats?  If the Republicans, who only have 47 votes in the Senate, are willing to vote on Obama’s “jobs bill” why doesn’t Harry Reid bring it to the floor for that vote?  Could it be that Reid doesn’t want to put Democrats on the spot, knowing that this tax hike disguised as a “jobs bill” is a disaster waiting to happen? 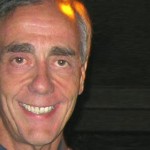 I find it interesting that the same people who called George W. Bush a fascist support the government funding of banks, stock brokerage houses, and automobile companies.  When the government bailed out the automobile companies the unions received the bulk of the money.  Taxpayers and secured bondholders, those first in line by law, got the shaft.  When the government bailed out the banks and brokerages much of the money went to branches or subsidiaries outside the country, and what stayed in the country went to those in charge of the companies in the form of huge bonuses, financed by We the people.  Now the billions of taxpayer money that have been sunk into the phony “green energy” companies go to shareholders, people like George Kaiser, a billionaire and bundler for Barak Obama.  Kaiser says he never spoke to anyone in the Obama administration about Solyndra, and it probably can’t be proven whether he did or did not have those conversations, but it certainly doesn’t pass the smell test with this taxpayer.  Since the Solyndra scandal surfaced we find cases of other companies in the same situation and our tax money supporting those who have questionable ties to government officials.  Is this a case of crony capitalism helping with the process of destroying capitalism?

We face a danger not previously seen in my lifetime and too many people either can’t or won’t see what is going on.  The very people in the Democrat Party who decried the TEA Party, i.e. Barak Obama and Nancy Pelosi, as Nazis and violent angry mobs see the Wall Street protestors as patriots, true American heroes standing up for their “rights”.  It is truly amazing to me to see the contrast between the TEA Party rallies and this mob of morons.  When you look at the litter, public sexual activity, public nudity, open drug trafficking and use, defecating on police cars in the Wall Street protests, and don’t get me started on the interviews with the media, I find the contrast to the TEA Party rallies to be staggering.

The Wall Street nuts are a problem but not our main problem.  Those people are only the pawns, the “useful idiots”, of those who seek to enslave all of us, including those protesting.  I wonder why they aren’t in Washington protesting against the graft and corruption that is so apparent that they should be able to see it easily and clearly. 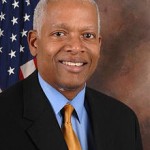 Governor Beverly Perdue of North Carolina, Jesse Jackson Jr., Maxine Waters, Sheila Jackson Lee, and their ilk are also a part of our problem.  And how about the Congressman from Georgia, Hank Johnson, who is afraid Guam will “tip over and capsize” if we put too many Marines on it? http://www.youtube.com/watch?v=zNZczIgVXjg

The people who have called for Obama to suspend elections, suspend the Constitution, and just “do what he needs to do” are part of the problem.  These people advocate the idea of throwing our system of government away to suit their Marxist ideology, with them in control of course.

Another part of the problem is the deafening silence from Republicans.  Obama threatens to bypass Congress, taking actions that are clearly outside his grounds according to the Constitution of the United States of America and they say little or nothing.  Why are they silent?  Are they afraid of being called racists or are they willing accomplices to his tyranny?  Anyone see Venezuela coming our way?

Governing does not include passing out edicts to get things done.  It seems to me we had a disagreement with King George III about edicts and became a free and autonomous country as a result.  The freedom of the United States of America was won, and has been sustained, at a terrible cost in lives and property but it was won because We the People decided freedom was worth fighting for.

Today we face the same kind of tyranny.  We find ourselves living at the whim of bureaucrats who make rules without any regard to the law of the land.  If they can’t get what they want by legislation they get it by fiat regulation and Obama ignores court decisions that don’t suit him, as in the Gulf of Mexico drilling issue.  We have politicians who pass legislation without reading the content and then tell us that they are doing this “for our own good” and that we “don’t know how to best live our lives.”

I have recently discovered that the federal government is going to take complete control of ALL radio and television signals for 3 minutes on November 9, 2011 to test the new National Emergency Alert System.  As an older citizen I am familiar with these tests as they have been going on for many years.  The difference is that instead of testing at the local level as has been done in the past this one is going to be a national test, controlled by federal government officials, with government agencies taking control of every signal emitted throughout the nation.  When the system was started the federal government notified state and local governments of an issue and they sent out the emergency notifications.  Now we have FEMA, Department of Homeland Security (what a misnomer), and other federal agencies in direct control of our over-the-air communications. 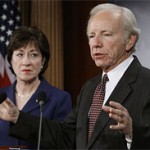 Is this an answer to the calls by Democrats for the suspension of the Constitution, suspension of Congress, and hints of the implementation of martial law?  Is this more preparation for use of the FEMA camps that have been built across the nation?  Add this to the attempt by Joe Lieberman and Susan Collins to give Obama authority to seize control of the internet on a whim (S. 3480) and you have a cocktail for disaster for We the People and the freedom we have known for generations, a freedom paid for in blood and death by generations of our predecessors.

The communistic style of government in America has been growing for many years while We the People slept. They seem to think they now have within their grasp the final step needed to take over our nation and install the tyrannical government they have been working towards.  Taken one at a time these things are frightening but when I put them together I find a conspiratorial plan to subvert our way of life, our form of government, and replace it with an oligarchy such as in Venezuela, Cuba, North Korea, China, Iran, Saudi Arabia, and other despotic kingdoms.

We find ourselves at a crossroads.  Do we continue down the left fork to tyranny, despotism, and slavery, or do we move over to the right fork and fight for freedom once again?  Obama, his 47 Czars, Democrats, and all too many Republicans are on a path to install the oligarchy they desire.  They believe they can do so without any real protest from We the People.

Will you sit idly by until you have no choice but to accept the globalist elites who desire to control every aspect of your life?  If you don’t have a job now you will when America is a dictatorship.  Of course it won’t be a good paying job, probably not a paying job at all, and you won’t have your own house, your own car, a bank account or the freedom to come and go as you wish.

I have seen the results of tyranny in many places around the world.  A nation can go from wealthy to poor, from freedom to slavery in a very short time once tyrants gain control.  We are not far from that point and when Barak Obama and his minions gain the level of control they want it is over for all of We the People, not just the rich.  As a matter of fact, if you look around, the rich are the ones who will come out good because they have the money to buy their freedom, I don’t.

It is past time to stand up and be counted. We can no longer afford to “hope” for “change” in a nation that is teetering on the edge of tyranny.  Acceptance of a mediocre candidate to oppose Obama is not enough to insure the freedom of future generations.