“HE DOESN’T EVEN NEED THEM WHEN HE’S AWAKE”

Barack Obama, who according to official medical reports has 20/20 vision, apparently needs eyeglasses.

Not just any eyeglasses, mind you. And certainly not when he’s in public.

He doesn’t even need them when he’s awake.

Oh dear, what have we here?

Could Obama be wearing Malcolm X’s eyeglasses – broken left arm and all?

Must be that Obama’s channeling dreams. Channeling Dreams From His Father. 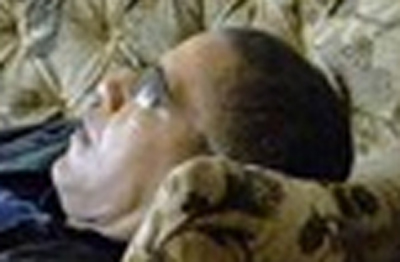 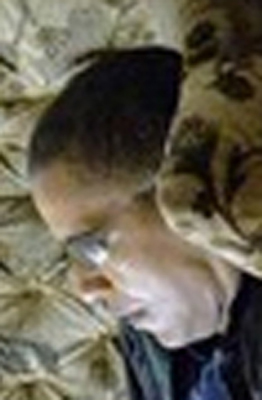 Which leads us to the mystery:

How on earth could Obama get his hands on Malcolm’s eyeglasses?

Maybe, just maybe, mama Stanley Ann got her hands on them, shortly after Malcolm was shot – and eventually passed them on to their son.

For, Truth Be Told, when Malcolm was shot at the Audubon Ballroom, 21 February 1965, as usual, he was wearing his eyeglasses.

Yet when he was wheeled out, his eyeglasses were off.

No eyeglasses on Malcolm’s body at the wake.

No eyeglasses at the funeral.

Whatever happened to Malcolm X’s eyeglasses?

Now that we have the White House photo, above, it may not be a mystery after all.

Picture the scene of the crime. The audience has fled. Malcolm has just been taken out by the medical emergency crew.  His wife and children have been whisked away.  And where is Stanley Ann, his long-time lover? Stanley Ann, teenage lover, sitting in that front row to the right. Stanley Ann, jumping up in shock and horror. Stanley Ann, watching the attempts to save Malcolm, watching as the medics work on him, watching as he is wheeled forever away.

What is she feeling?

In her great grief and shock, what is she thinking?

Study the assassination crime scene photo, taken much later, below.

Malcolm has been wheeled away. Teenage lover Stanley Ann is unable to follow Malcolm to the hospital – what with his wife Betty and the press heading over there. Distraught, she stays behind. How can she bear it?  She looks to the stage. Her lover’s jacket lies folded atop the drum riser. His shirt lies on the floor. The chair against which he fell when shot, is tipped on its back.

And there, amidst the hideous chaos, are his eyeglasses. His precious, signature, tragically broken eyeglasses.

Perhaps they too lie on the floor, tossed aside, the left arm snapped as it was torn off by the medics – or inadvertently crushed, in the chaos.

Or perhaps someone has reverently placed them – frame plus broken arm – on the drum riser, next to his jacket.

Most everyone is gone. The stage is deserted.

Stricken with pain, and anger, and grief, Stanley Ann steps up onto the stage. Quickly, she fetches the eyeglasses, along with their broken arm. Hiding them in a pocket or handbag, she hurries away.

Attorney Mario Apuzzo, when viewing this photo of Obama sleeping on the White House sofa, made a brilliant observation. These eyeglasses could have Malcolm’s DNA.

So you see, it’s all very simple. A quick swab of a Q-tip on the roof of Obama’s mouth … paternity controversy over.