DRY RUN TEST OF PLANNED DICTATORSHIP VIA CHANGE OF A FEW WORDS PERTAINING TO ARTICLE 1, SECTION 9 OF THE U.S. CONSTITUTION 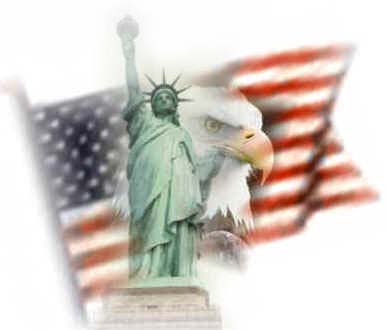 (Jan. 4, 2010) — In a pattern of assault on liberties perpetrated by Barack Hussein Obama, an executive order has been issued which effectively eliminates the centuries-old instrument of liberty, habeas corpus, from our charters of freedom.

Obama has committed a long line of transgressions pertaining to liberties and freedoms in the United States, a pattern that in all cases removes or diminishes,  but never promotes or increases, liberties and/or self-determination.

Habeas corpus is an extremely crucial writ and most important governing tenet written into the U.S. Constitution, Bill of Rights and Declaration of Independence.

At the time the original 13 American Colonies’ declared independence and became a constitutional republic in which the people were sovereign, any person, in the name of the people, could acquire the authority to initiate such writs. To this day, habeas corpus has remained an inviolate writ of law.

By this act, Executive Order 13524, enacted by presidential writ, the singular bulwark protecting people from tyranny, which requires due process, and places the burden of proof pertaining to legal search and seizure, detention and prosecution squarely on the federal and state governments has been circumvented.

By executive order from the White House, the heinous act of amending a sentence in President Ronald Reagan’s 1983 original Executive Order 12425, has resulted in removing a vital safeguard against tyranny and police state.

The result of this executive order 13524 allows for arrest, detention, search and seizure and a slew of other acts of authoritarian and arbitrary action against persons at any time and any place for any reason without just cause or burden of proof.  A most suspicious aspect portrayed as reason for executive order 13524 is to permit a foreign police organization to function and operate within US sovereign borders and territory, free of oversight and justification. It is in the most simple terms a complete breakdown and usurpation of natural and constitutional law.

Barry Soreoto, also known as Barack Hussien Obama the foreign born illegally elected President of The United States of America, has fundamentally undermined arguably the single most important protective law of our land. He has stated on numerous occasions publicly that the US Constitution is what is wrong with the Amerika he knows.

A WRIT WITH 9 CENTURY’S OF PRECEDENCE

Habeas Corpus is a century’s old law instrumental in the 12th century English creation of the Magna Carter;  the predecessor to the US Constitution.

Note that this executive order 13524 originates from the one person in the United States of America that has the sole singular duty of protecting the people from all enemies both foreign and domestic. Removing this instrument of Liberty is contradictory to every tenet, natural and governing law guaranteeing our most cherished freedoms and securing our way of life.

The privilege of the writ of habeas corpus shall not be suspended, unless when in cases of rebellion or invasion, the public safety may require it.

Note again the intent in Article 1, Section 9;  “habeas corpus shall not be suspended, unless when in cases of rebellion or invasion”, if public safety is in danger.

What cases of rebellion or invasion?

If one takes the possibility for suspending habeas corpus to another level, one could reason with logical results that a person who holds the power to change such laws has ulterior motives to do such. If there is no justifiable, evident cause for suspension as per constitutional and natural law, it gives reason to assume that Barrack Hussein Obama plans on instituting either marshal law, a police state, or establishing a dictatorship.

There can be no other lawful reason for suspension; why should there be? The United States of America is a free law abiding God fearing nation full of decent hard working caring folks who have no ill will or ulterior motives against any body, entity or other nation.

It is from others who originate from outside our borders who bear ill will and malice against us. Singular enemies have invaded our borders, but this does not constitute an invasion. We have the finest law enforcement organizations in the world that if required is more than capable of protecting public safety. It is performed by brave steadfast people in uniform gallantly 24/7.

We have the finest fighting force in our military the world has ever known; what could possibly motivate a sitting President of The United States to by-pass these aforementioned protectors of the people?

There are a few who originate within our borders who wish for usurpation of our Republic, who are known to be working towards these goals. Our governing articles of law and freedom safeguard us from overthrow from within. The very same laws that allow for freedoms of speech, thought, religion and right to seek redress of wrongs against these tenets of Liberty.

Any person who violates these governing tenets of liberty and law by clandestine methods, without due and proper process of open clear intent and amendment is guilty of treason.

No more, no less.

When Habeas Corpus means your liberty added on Monday, January 4, 2010

Doug, a native of NH, moved to the beautiful mountains of WV, where he works as a welder in a coal mine and operates a small farm with his lovely wife. He is a no nonsense patriotic country boy who writes out of a sense of duty to man and country. A crack shot, who say’s in regards to the best bait “no self respecting squirrel can resist an acorn.”

6 Responses to "When Habeas Corpus means your liberty"